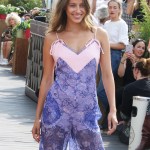 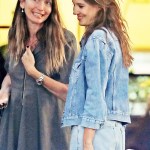 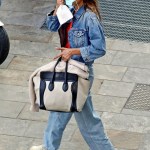 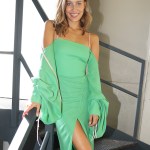 Brad Pitt is a single man. He’s reportedly split with gorgeous German model Nicole Poturalski, just two months after they were photographed on a vacation to France where they visited his home there.

Brad Pitt is no longer dating the gorgeous German model who was the envy of the 56-year-old’s fans. The actor and 27-year-old Nicole Poturalski are “totally over,” a source tells Page Six on Oct. 28. “It was never all that serious as it was cracked up to be,” the insider adds, while noting that the split happened “a while back.” A source close to Brad confirms the breakup report to HollywoodLife.com. The stunning couple was first photographed together getting off a plane in Southern France on Aug. 26, 2020, where they later made a pit-stop by his French residence, Chateau Mirval. He once called the estate home with estranged wife Angelina Jolie, 45, and their six kids. They pair even tied the knot at the location in Aug. 2014.

Brad Pitt’s summer fling with model Nicole Poturalski is now over. Photo credit: AP/SplashNews.Brad had reportedly met Nicole in Berlin at the trendy restaurant Borchardt, which is coincidentally owned by Poturalski’s husband, 68-year-old Roland Mary. The two share a seven-year-old son Emil, but are reportedly in an open marriage. That allowed her to jet off on trips with Brad. It remains unclear exactly when Brad and Nicole began dating prior to being photographed together in Aug. 2020.

Nicole remained primarily in Europe, as Brad returned to the states after their French liaison. On Sept. 18, she was photographed having a lively night out with her galpals in Milan, Italy, while Brad was stateside doing a virtual table read for Fast Times at Ridgemont High opposite his ex-wife, Jennifer Aniston, 51. The day prior in rehearsals, Brad and Jen set the former couple’s fans’ hearts a flutter when they flirted with each other while all of the other A-list cast members looked on.

Brad is still involved in a bitter child custody dispute with Angelina over their five minor children, Pax, 16, Zahara, 15, Shiloh, 14, and 12-year-old twins Knox and Vivienne (19-year-old son Maddox is now a legal adult). On the same day as Brad’s breakup news, it was revealed that Angelina has parted ways with yet another one of her attorneys in her case, Priya Sopori, as Angie submitted paperwork in Los Angeles to have Priya withdrawn as her attorney of record in the child custody battle. Brad wants 50/50 custody of their children, which the Maleficent star is fighting.

Nicole was the first woman Brad had been linked with as an actual love interest since his split with Angelina in Sept. 2016. While he had been photographed in the past out and about in L.A. with actress Alia Shawkat, 31, and in 2018 was snapped alongside MIT professor Neri Oxman, those ladies turned out to be just friends with the Moneyball actor.