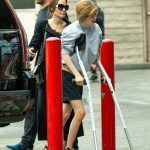 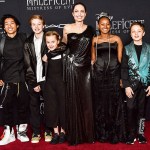 Brad Pitt, 56, and Angelina Jolie, 45, are heading to court as they fight for custody of their children. While the couple’s oldest son Maddox is 18 and now in college, siblings Pax, 16, Zahara, 15, Shiloh, 14, and twins Vivienne and Knox, 12, are still minors. While their the six kids are not expected to take the stand, the A List exes have put together a comprehensive list of witnesses for the case which is scheduled in Los Angeles Superior Court from Oct. 5 – 23.

Although the case is private, a list of witnesses was obtained by HollywoodLife via public court records. Brad Pitt included 21 names, including Angelina’s former Girl, Interrupted co-star Jillian Armenante, 52, and a former personal assistant to the Lara Croft: Tomb Raider actress. Two assistants that worked for the couple — who became an item after filming 2005’s Mr. & Mrs. Smith — are included, along with bodyguards, a domestic violence expert, a security expert, and medical professionals. A personal family friend was also named in the documents on Brad’s list.

Brad and Angelina originally married in Aug. 2014 after a 10 year romance, however, announced their shocking split just two years later in Sept. 2016. The pair have yet to legally divorce over disagreements about finances and assets. As for custody, the couple’s kids are frequently photographed out-and-about with their mother in Los Angeles. Recently, Angelina and Vivienne were seen visiting a pet shop, with all six kids stepping out for a dinner at Nobu in Malibu on Aug. 27. For his part, Brad has been photographed on his motorcycle leaving his ex’s Los Feliz area home several times in recent months.

The Maleficent actress — who has a home in France — has previously opened up about wishing to live outside of the United States. “I would love to live abroad and will do so as soon as my children are 18,” she said in a Nov. 2019 interview with Harper’s Bazaar magazine. “Right now, I’m having to base where their father chooses to live,” she added, referencing her current home of Los Angeles. “My children know my true self, and they have helped me to find it again and to embrace it. They have been through a lot. I learn from their strength. As parents, we encourage our kids to embrace all that they are, and all that they know in their hearts to be right, and they look back at us and want the same for us,” she also said at the time.