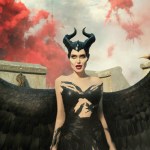 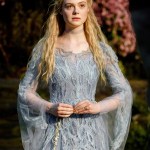 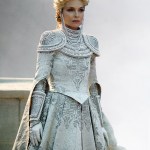 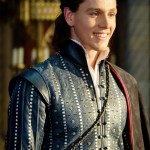 Angelina Jolie is back as the misunderstood Maleficent in the thrilling sequel ‘Maleficent: Mistress of Evil.’ Michelle Pfeiffer joins the cast as the ultimate foe for Maleficent.

The first Maleficent movie, which was released in 2014, revealed a new side to Disney’s most iconic villain and proved she isn’t the enemy after all. Angelina Jolie transformed into the fierce Maleficent and explored the character’s softer side with ease. Angelina returns as Maleficent in Maleficent: Mistress of Evil, out on Oct. 18, to turn the page on the next chapter in her character’s story. When Aurora (Elle Fanning) becomes engaged to Prince Phillip (Harris Dickinson), that’s when Queen Ingrith (Michelle Pfeiffer) comes into the picture. The tension between Maleficent and Ingrith is instant and causes a rift between Maleficent and Princess Aurora.

This sends Maleficent on her own journey where she finds new allies. Meanwhile, Aurora finds herself in hostile territory with Queen Ingrith up to no good. Just when Aurora and their magical friends need her the most, Maleficent returns to save them all. This culminates in an epic battle of good vs. evil with Maleficent making the ultimate motherly sacrifice. At the heart of Maleficent: Mistress of Evil is love and the movie shows that there is nothing more powerful than a mother’s love for her child.

Angelina is terrific, as usual. She excels at both the dramatic and comedic scenes. Her onscreen dynamic with Elle is effortless. Since Aurora is no longer under the sleeping spell, Elle gets much more to do in the sequel. Aurora has learned a lot from Maleficent, specifically how to take matters into her own hands and not be a damsel in distress.

Michelle is deliciously wicked as Queen Ingrith. The steely performance will give you chills as Ingrith’s evil knows no bounds. Harris takes on the role of Prince Phillip from Brenton Thwaites in Maleficent: Mistress of Evil. Like any Disney prince, Harris is incredibly dashing. Expect to see more of Harris in the future. Chiwetel Ejiofor and Ed Skrein enter the Maleficent universe inside storyline that ultimately leads to a battle of epic proportions. Along with the cast, the visuals are fantastic. The sequel is a visual treat with breathtaking scenes of lush forests and a lavish kingdom. Maleficent: Mistress of Evil is a solid sequel that’s got everything you’d want in a family film — action, heart, and a happily ever after.