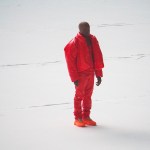 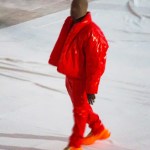 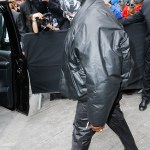 Rapper Kanye West is running as an independent in the 2020 Presidential election, and told Joe Rogan he believes his ‘calling’ in life is to be the ‘leader of the free world’.

Kanye West, 43, was in the shower when his “calling” came to him: the rapper wants to be “the leader of the free world”. Kanye certainly didn’t hold back during his three-hour long interview with Joe Rogan on the October 24 episode of the Joe Rogan Experience. He talked all things music, politics, religion, and family, amid his bid for the presidency in the upcoming election.

“There couldn’t be a better time to put a visionary in the captain’s chair,” he said. “I’m not here to down [Donald] Trump or down [Joe] Biden, I’m just here to express why God has called me to take this position. I’m a great leader because I listen and I’m empathetic. I do believe in world peace.” The “Famous” hitmaker, who rose to prominence in the early 2000s as a rapper, spoke at length about the music industry.

“I’m not at war with the music industry. I’m just saying we need to innovate. When I posted my contracts, I had ten contracts that kept putting me inside a labyrinth and things we don’t need,” he began. “Prince would say we don’t need the distribution part. I’m the kind of person where I’m not trying to eliminate anyone’s job. There’s a way both parties can be happy. These deals can be flipped in a way that they’re just more fair.”

The Yeezy designer said his father told him that it was a “bad business”. He explained, “This is a negative thought I’m putting into the universe — but I thought about Bruce and Brandon Lee. This is Sony and Universal and I’m willing to put the blue paint on my face and go out and do this because it’s the right thing to do,” he said. “At this point music loses me money. Of my $5 billion net worth, music is negative $4 million.”