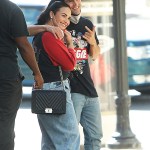 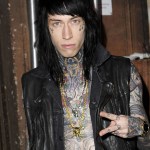 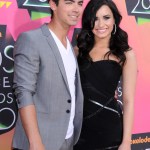 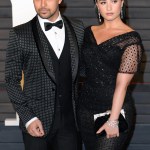 Max Ehrich took to his Instagram story to share two messages that revealed he was ‘in the middle of filming a biopic’ when he saw the news of his split from fiancee Demi Lovato in ‘a tabloid’.

It looks like Max Ehrich, 29, wasn’t the first to know about his shocking split from Demi Lovato, 28. The actor shared a series of messages on his Instagram story on Sept. 26 that revealed he found out about the breakup from “a tabloid”, seemingly indicating the singer is the one who ended their relationship. “Imagine finding out about the status of your relationship through a tabloid,” his first message read.

He followed it up with another message that revealed he was on set filming when he read the news. “While your [sic] in the middle of filming a biopic movie about a Pastor in a Christian Church whose intention of the film is to help people,” he wrote before ending with one final message that read, “God Bless”.

Max has been working on a new film called Southern Gospel and was spotted walking around the set in Atlanta, GA on Sept. 25, just one day after reports stating that his and Demi’s engagement had ended made headlines. “It was a tough decision, but Demi and Max have decided to go their separate ways to focus on their respective careers,” a source told People on Sept. 24. “They have respect and love for one another and will always cherish the time they spent together.”

Demi has yet to publicly speak out about the split but she did take to her Instagram story just hours after Max posted his messages, to post a photo that seemed to show her burning sage, a ritual some people believe cleanses surroundings and wards off negative energy. She also posted a video that had her zooming in a shirt that read, “dogs over people” on the same day the split was announced.

The insider further explained that Demi and Max, who started dating six months ago and got engaged when he proposed two months ago, started having issues in their relationship over the last several weeks when they got out of quarantine together and started working in separate places. “Demi and Max were basically together 24/7 for months,” the insider said “They lived in a bubble with zero stress, and everything was just fun. Now they are both working and are on separate coasts.”