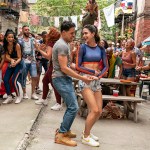 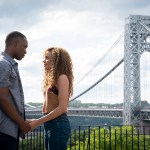 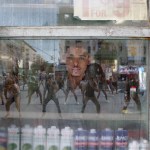 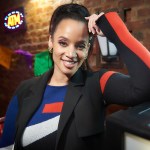 Anthony Ramos spoke to HL about the advice Lin-Manuel Miranda gave him for his ‘In The Heights’ role!

Anthony Ramos had the honor of taking on the role of Usnavi de la Vega in the upcoming film of In The Heights, while his mentor and friend Lin-Manuel Miranda looked on, thirteen years after he originated the role on Broadway. While the film’s highly-anticipated release has been pushed to June 2021, most of In The Heights has been completed. In speaking to HollywoodLife.com about his partnership with Crown Royal, Anthony revealed the advice Lin-Manuel gave him while he prepared to step into Usnavi’s shoes.

“It’s kind of wild, he was so in the background and in the cut room the whole time. And it was really such an honor because I’d always asked him and be like, ‘Let me know like if there’s something I can do, if you have any thoughts? And he’d say no,” Anthony explained in an EXCLUSIVE interview with HL. “It’s that thing where you’re like, dang, ‘I really want to, I want to do you proud, bro.'”

The Hamilton actor continued, “He was just like, ‘Do your thing, man. Don’t even worry about it.’ And that was a blessing. He wasn’t on my back about anything. He was just supportive I just brought myself to the role.” Lin and Anthony have a long history together, going back to their time in the original Broadway production of Hamilton, in which Lin played the titular role and Anthony in the dual roles of John Laurens and Hamilton’s son Philip. The show’s popularity had an epic resurgence this summer when a taped version of the Tony winning show premiered on Disney+.

“I had kind of forgotten what the Hamilton wave felt like, and then it just immediately happened again” Anthony explained. “It was such a blessing to have this moment again and to watch it with [my wife] Jasmine and reunite with the cast.”

Anthony is married to his former Hamilton co-star Jasmine Cephas Jones, and he admitted the Hamilton cast is still thick as thieves. “We’re family, genuinely. We hang out, we hang with each other’s kids, we talk to each other all the time,” he explained.

In partnership with The Main Street Alliance, Crown Royal is launching a national relief campaign to help save the bars, stages and clubs impacted by the global pandemic, and the brand partnered with Anthony and Ari Lennox to help bring awareness to the cause. The duo teamed up to recreate the famed song, “If You Want Me to Stay” and donated their royalties from the song to the cause. In solidarity, and for the next year, both Dreamville/Interscope and Republic Records will match the artists’ royalties with a donation to Main Street Alliance.