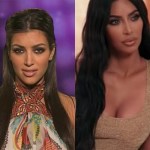 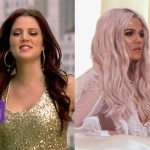 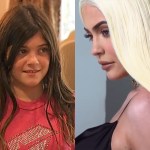 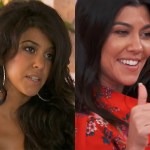 It’s the end of an era, but Khloe Kardashian is acting like it’s the end of the world, according to her mom. Kris Jenner said that out of all her daughters, KoKo is taking ‘KUWTK’s ending the ‘hardest.’

“You’re going to make me cry all over again,” Kris Jenner said while speaking with Ryan Seacrest during the Sept. 9 episode of On Air. Kris, 64, talked with Ryan, 45, a day after the family announced that Keeping Up with the Kardashians was coming to an end. While Kris said she got “emotional” that morning, it sounds like Khloe Kardashian is the one who’s been really wrecked by this news.  “We had to tell the crew yesterday, so we were all crying, but I think Khloe,” said Kris. “[Khloe, 36] is the one who is taking it the hardest and hasn’t stopped crying since we announced. … It’s been a hard decision; I’m not going to lie. It’s been very emotional.”

Kris told Ryan (whose production company, Ryan Seacrest Productions, assisted the creation of Keeping Up in 2007) that she, Khloe, 36, and Kim Kardashian, 39, were in the gym that morning and “ we just kind of sat there and looked at each other and said, ‘Whoa, what a ride.’” When asked how the Kardashians decided to end Keeping Up after 20 seasons on E!, Kris reflected on what led them to call it quits. “I think the number 20 used to sound good until 2020, but the number 20 just seemed like the right time I think for us to take a minute and breathe and everybody slow down a bit; … figure out what our next steps are.”

“We’ve had such an amazing run, and we’re so grateful,” she added, “for every single moment and everyone we work with.” Season 19 of KUWTK will begin in September, with season 20 airing in 2021. Kim broke the news on Sept. 8 by sharing a prepared statement from the family. “After what will be 14 years, 20 seasons, hundreds of episodes and numerous spin-off shows, we are beyond grateful to all of you who’ve watched us for all of these years – through the good times, the bad times, the happiness, the tears, and the many relationships and children. We’ll forever cherish the wonderful memories and countless people we’ve met along the way.”

Khloe added her own message while sharing the family’s statement. “I am so grateful and thankful to everyone who has supported us and been there through it all. I’m too emotional to fully express myself at the moment. My sappy post will come soon. Change is hard but also needed at time(s)! Love you all. Thank you for the memories!”

Two days after the announcement, Caitlyn Jenner weighed in on KUTWK’s curtain call. “I heard it on the news!” she told Australia’s The Morning Show. “Nobody called me. I heard it through the media.” Despite finding out about the show’s ending with the rest of the world, Cait had nothing but praise for the program. ““That show, it’s probably the greatest reality show in history,” she raved. “The girls and Kris have just done an amazing job with the show and keeping it going for this long.”