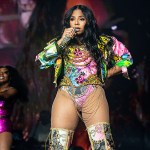 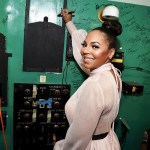 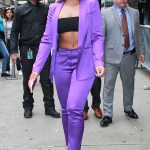 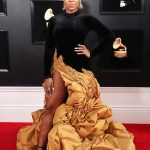 There’s kissing, and then there’s what Ashanti and Joyner Lucas are doing in his new music video. In fact, these two get so hot and heavy that fans are convinced that they HAVE to be together.

To say that Joyner Lucas and Ashanti have chemistry together would be an understatement, especially after watching “Fall Slowly,” the new video from the “I’m Not Racist” rapper. In the visual, released on Sept. 2, Ashanti, 39, and Joyner, 32, portray an on-screen couple, and from the way she sucks on his tongue (at 1:16), some fans think they’ve taken their romance off-screen. Things get so hot and passionate whenever these two make out that many filled the comments section with remarks about how they must be together.

“Nah, they gotta be dating, she sucked on his tongue lol women don’t be doing that in videos with just a friend lol,” said one YouTube commenter. This person’s logic was sound to others who agreed that the level of intensity of these kisses was too off-the-charts for just acting. “The way this vid went I’m almost convinced they married.” “Hmmmmm, real talk. If I’m sucking your tongue, we together!!” “Director: I need Lil kisses here and there. Joyner: Hold my son.” “Ashanti, my guy?! Damn, you really did make it.”

Imma wait on the TL to see this Joyner Lucas and Ashanti thing….cause 😭 pic.twitter.com/nVer2XRyJC

If Ashanti and Joyner are dating, here’s hoping that the kissing scenes in “Fall Slowly” are the only “real” ones. The rest of the video doesn’t bode well for this “relationship.” Ashanti and Lucas’s characters get into an argument, and she ultimately finds out that he’s been texting people he shouldn’t have been texting. Things turn physical, as in a domestic violence way, and the cops get called. Oh? Ashanti’s character also finds out that she’s pregnant with Joyner’s character’s baby. If this was their way of slyly announcing their relationship, here’s hoping that’s all that this video is announcing. 2020 has already had enough stars announce pregnancies with music videos — Katy Perry, John Legend and Chrissy Teigen — so Joyner and Ashanti can chill on that front.

Ashanti and Joyner were kissing hella hard. They got to be dating or just good at acting 😭

Ashanti hinted at possibly having a new man while at the launch of the PrettyLittleThing x Ashanti Swim collaboration in 2019, but she wouldn’t reveal the lucky person’s name. She told HollywoodLife EXCLUSIVELY that she was “kinda” dating someone, and when pressed if she was seeing someone special or just having fun, she said, “I guess a combination.” Before she was single, the R&B singer was famously involved with rapper Nelly for 10 years before splitting in 2013. Since then, she’s been romantically linked to DeSean Jackson, James Harden, and more, but nothing really came out of these rumored flings.