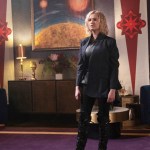 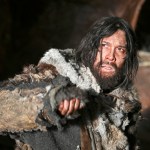 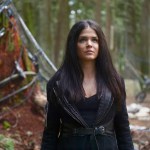 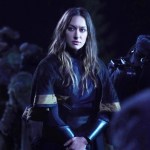 The long wait for Bellamy’s return on ‘The 100’ is over. Bob Morley is back in the Aug. 12 episode, and this version of Bellamy is unlike anything you’ve seen from him before.

For weeks, The 100 fans have asked: what happened to Bellamy Blake? He disappeared in the season 7 premiere after being knocked down in the woods and dragged by something before he vanished. He then returned in the fifth episode and was presumed dead after he was seemingly blown to smithereens in a grenade explosion on Bardo.

The questions you’ve been wanting answers to about Bellamy will be revealed during the Aug. 12 episode. Bellamy has been on this new planet called Etherea ever since he was thought to have died. He hasn’t had it easy either.

Bellamy braves the brutally cold weather in massive amounts of fur — very Jon Snow-esque. He grows a full beard, making him nearly unrecognizable. His life is also in jeopardy as he tries to climb a mountain. Desperate times call for desperate measures, and Bellamy has to eat a scorpion in order to survive.

But Bellamy is determined to find his way back to the people he loves. “There is a way off this planet,” Bellamy says in the promo. The final moments of the promo show Bellamy shielding his eyes from a bright light. “I’m not afraid,” he’s heard saying.

Bellamy not being in the entirety of the final season of The 100 came as a shock to fans since these are the last episodes of the series. Bob Morley “chose to take some time off this season, and I know that he was grateful that the studio was able to work out a storyline that enabled him to do that,” The 100 showrunner Jason Rothenberg told E! Online. “Fortunately, we did have time to craft a story with all the twists and turns that our fans have come to expect, and most importantly I think the big emotionality that our fans have come to expect in the past seven seasons.”

Thankfully, The 100 season 7 consists of 16 episodes, so there is more than enough time for Bellamy to reunite with Octavia, Clarke, and conclude his epic story. The 100 airs Wednesdays at 8 p.m. on The CW.