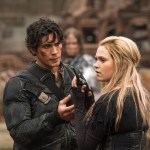 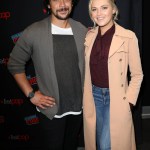 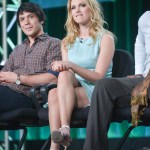 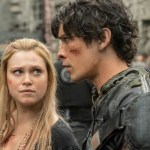 ‘The 100’s Eliza Taylor is finally revealing details about her and co-star Bob Morley’s love story. The actress told the world in an Instagram post how they fell for each other, how Bob proposed, and more.

Eliza Taylor, 30, and Bob Morley, 35, who play Clarke and Bellamy on the hit CW series The 100, shocked everyone when they revealed in June 2019 that they had gotten married. At the time, no one even knew the co-stars were in a relationship. Now Eliza is telling the incredible story of how she and Bob started dating and eventually realized they were soulmates.

She shared a detailed Instagram post on July 20 revealing how they fell in love. Eliza and Bob had been friends for years as co-stars, but they didn’t become anything more until 2019. “This is not exactly how I imagined telling the story of how Bob and I got together but I feel compared to share it,” Eliza started with. “In Paris, I eagerly awaited my best mate’s arrival… I hadn’t seen Bob since we finished shooting at the beginning of February 2019 and a lot had happened in that time. I had just come out of a relationship and so had he. I was about to move into a new apartment with Nina in Vancouver, and Bob had just finished his very first directors cut. We bonded over the hurt of breaking up, as friends do, and talked about the daunting process of being single again. We laughed and cried. It felt like the relationship between us could be evolving but it was too soon for both of us.”

It wasn’t until March 2019 that “something changed” between Eliza and Bob. “I was unpacking the apartment Nina and I had just signed a one year lease on and Bob had come up to finish packing up the apartment he lived in during shooting,” Eliza continued. “He came over to help set up our new place when out of the blue — he asked me out on a date. It seemed silly as we’d been friends for so long, in fact, I thought he was joking! But I laughed and yes… To our surprise, the date was a success. Honestly, it was as if someone had switched on a light, and we were truly seeing each other for the first time.”

They soon went back to their home country of Australia to see their families. Eliza revealed that she and Bob began talking about the future and what they wanted from it. “In April 2019, while sitting on the porch of his sister’s house while looking out over the farm we talked about the future, what we wanted our lives to be,” she wrote. “We wanted all the same things. To live in the countryside, to have kids, to still pursue our dreams in LA while having a strong home base in Australia. And just as easily as that conversation came, so did the proposal. We said, ‘We want this life, we want it together, so let’s not waste any more time and get married.’ One month later, we were wed on a mountain top in Hawaii. We weren’t trying to break the internet, we weren’t trying to hurt our ex-partners, we were in love. Plain and simple.”

After their wedding, Eliza and Bob bought a house and farm together in Australia and made that “conversation about our future on the porch a reality. We have our forever home and are happily married now. He is kind, loving, and sensitive. He knows me better than I know myself sometimes and I, him. Having a decade of friendship behind us only makes our relationship stronger with each passing day. No matter the condition of the world, the mood of the day, the challenges and triumphs we face — there is trust, there is compassion, and there is honesty. And we are very happy.”

Eliza prefaced telling her love story with Bob to the world by saying “negativity is not welcome here. Regardless of the toxic relationships we have endured in the past, we are happily married in the PRESENT. That is where we live and it is wonderful.” She also added, “Cyberbullying is not f**king okay. I wouldn’t wish it on anyone. Just because you are hiding behind a keyboard doesn’t mean you can’t push someone to their absolute limit. It has hurt my friends and family deeply. Please be kind to one another out there and have compassion. There is already enough hate in the world.”

The couple recently celebrated their 1-year wedding anniversary in May 2020. “I can’t believe it’s been a whole year since we stood on a mountain top and said I do,” Eliza captioned a sweet Instagram photo of Bob. “Happy 1 year wedding anniversary to my best friend, my soul mate and my partner in life. I love you.” The 100’s final season is currently airing on The CW.