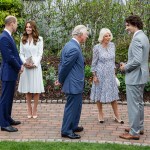 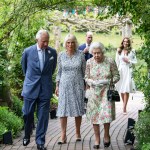 Prince William recalled a hilarious story from the ‘early’ days of his ‘courtship’ with his wife, Kate Middleton. It involved a present that wasn’t so warmly received by the Duchess of Cambridge!

There is one present from Prince William, 38, that is especially memorable to Kate Middleton, 38 — and not for good reasons! William revealed the story while discussing disaster gifts on the July 29 episode of The Peter Couch, a podcast on BBC Radio 5 Live. William was asked if he could “beat” a romantic present worst than a tree, and William took on the challenge.

“I did get my wife a pair of binoculars once,” William confessed. The gift was so bad, the Duke of Cambridge even added, “She’s never let me forget that.” At least this didn’t happen after William and Kate tied the knot in 2011.

“That was early on in the courtship, that was. I tell you what, I think that sealed the deal. She fell for me at that point,” William joked. He continued, “I wrapped them. They were really nice. I was trying to convince myself about it. I was like, ‘But these are really amazing, look how far you can see!’”

Kate wasn’t exactly excited at the prospect of high-definition bird watching. “She was looking at me going, ‘They’re binoculars, what’s going on?’ It didn’t go well. Honestly, I have no idea why I bought her a pair of binoculars,” William admitted.

William and Kate have known one another since their university days at the University of St Andrews in Scotland, where the now royal couple graduated from in 2005. So, William has now had a lot of time to pick out better presents for Kate!

It was William, though, who should’ve been on the receiving end of presents recently. He celebrated his 38th birthday on June 21, and for the special occasion, Kate even snapped family portraits of her husband and their three kids Prince George, 7, Princess Charlotte, 5, and Prince Louis, 2. Then, little George celebrated a birthday himself on July 22 — hopefully William picked out a suitable present that time!