“The obvious thing is that, it’s during COVID right now. It’s pretty difficult to assemble your traditional crew to shoot your typical music video,” Jesse McCartney says in an EXCLUSIVE interview with HollywoodLife about his new music video, “Friends.” In the visual, out today (July 24), Jesse transforms another annoying video call with his former Greek castmates — Scott Michael Foster, Jacob Zachar, and Paul James – into something amazing. Thanks to some crackin’ coding, Jesse opens a portal into a world with hamburger trees, Willy Wonka-style shots, Mexican luchadores, a Turbo Teen reference, and a punk rock tortoise. There’s even a cameo from Jesse’s fiancé, Katie Peterson. The only thing that’s not in this magical world of “Friends”? Coronavirus.

“You know, I always wanted to do an animated video,” Jesse tells HollywoodLife, “so it kind of seemed like the perfect time. The song’s just so fun, so it just felt like it would be such a cool, perfect backdrop for a really crazy, inane, ridiculous video, which this is.” Click here to listen to Jesse talk about his new music on the HollywoodLife podcast.

“The song sort of took on a whole new meaning when this pandemic started,” says Jesse, “The song was written well before [COVID-19] and, you know, they were not in any way connected. I just wanted to write a song that was romantic about friendship because I don’t think you hear that a lot in pop. Sure, you hear about relationships that are great or aren’t great. But it was just like kind of a new idea of talking about how great it is to have friends in your life. And then when I took on this whole new meaning with the pandemic, it then became nostalgic for people like, ‘oh, my gosh, I can’t see my friends again.’ So when it came time for the video, it just felt timely to do this Zoom call, you know, where everyone was Zooming in that at that moment — everyone still is there.”

“Those [elements] are kind of all came together, and we tried to make it kind of fit with the times. And I think everyone will relate to it if you’ll be acceptable.”

“We even put in the glitchy-ness. We edited it in the glitchy-ness the Zoom calls because there is no Zoom call without people either speaking over each other, a dog barking, someone being on Mute, walking into the Zoom party late. For classic to m.  that call represents what it is like for every Zoomer out there. For sure, I’m burnt out on Zooming. I tell all my friends now, just FaceTime me if you must. Or just call or text me.’ Just old fashioned, you know?  Like, I know what you look like. [laughs]”

With COVID-19 throwing a filter over pop culture, certain songs have inadvertently taken on different contexts. Music about being metaphorically free suddenly represents being able to break quarantine and walk outside. Songs about maintaining a positive mental attitude become daily affirmations in front of the growing number of positive cases. Even tracks like Men At Work’s “Who Can It Be Now” can be about anyone who relied heavily on FreshDirect/Sunbasket/Vitacost orders at the start of the pandemic. Though

“It’s just it’s so crazy,” said Jesse. “It’s kind of really derailed all of our plans. I was hoping to release an album early July or late June and tour right on the back of that. We had a summer tour planned. I canceled an Australian tour in April, and everything’s just been up in the air. II think until we know more, we’re just kind of taking it a step at a time.”

“The good news is,” he adds, “is that the album was finished so I can continue to release music, one song at a time which. That seems to be sort of the new paradigm, anyway. Kind of take it from there as far as like release date goes.” As for what kind of music fans can expect when the LP drops, Jesse tells HollywoodLife that these new songs are “very much about my life and a bit more introspective maybe than some of my other previous work.” 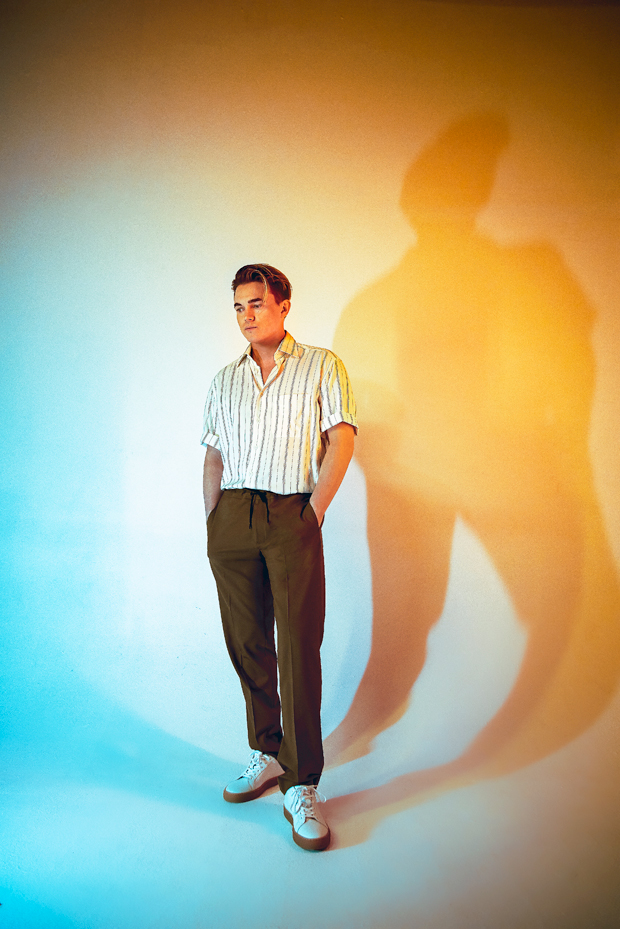 “It’s still pop album,” he adds, “but it has a little bit more of a ‘singer-songwriter’ feel, a bit more organic in places and just more vulnerable.” Jesse’s new album covers “my life in the last 15 years and what it’s been like on this in this industry growing up as a teen in the spotlight. Now, [I’m] in my early thirties and engaged. … I’m really proud of the work. I just wish we could have released it all at once. But, I didn’t want to put out the whole album and wait a year and a half to tour on it. So, we’re just going to take our time, kind of release a little by little and kind of do what we’ve been doing and so far. It keeps the fans on the hook. And I feel like they’re really into the first two songs. So, taking it a step at a time.”

When the album does drop, fans should check out a specific track on the LP. “There’s a song on the new album called ‘Lemonade’ that really kind of sums up my last couple of years of being in this relationship with my now fiancée,” he tells HollywoodLife. “We got a house together. We live together now in the canyons of Los Angeles. [On ‘Lemonade’] I talk about living in the canyon and what that’s like and just driving through this place with her and how it’s become our home. I think that song sticks out to me.

It’s sort of the heart of the album,” he continues, “and the blueprint of the rest of the work on it. It’s some of my personal best writing to date. I really took a lot of time with the writing process and wanted to have a body of work that I felt was a song lent itself to the next. And ‘Lemonade’ is just a really, I think, a heartfelt record. I think a lot of people can relate to.”