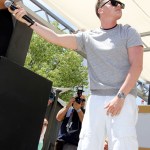 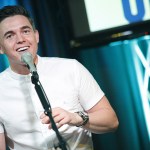 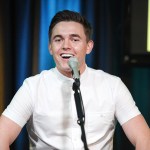 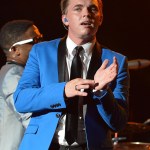 Jesse McCartney is back with another catchy jam & it’s a nice tease of what’s to come on his upcoming album! Listen to ‘Yours!’

Jesse McCartney fans will be pulled out of their quarantine woes today with the singer’s new release! The singer dropped his latest song ‘Yours’ along with a video for the jam today and HollywoodLife.com got the scoop on what inspired his writing and the visuals on our latest virtual podcast. “This is a song that I wrote nearly a year ago actually, along with a bunch of other material that I think people are going to enjoy,” Jesse revealed to HL, exclusively. “It’s very reflective of the whole project. It is very introspective and talks about my life, growing up as a kid in the industry and then becoming an adult and my struggles, plus all the positive things that came out of it, just learning how to harness this crazy career. ‘Yours’ is just the tip of the iceberg.”‘

In the new release, Jesse sings, “I’ve been a lot of different things to different people, but my favorite thing to be is yours,” and the video shows him being pulled in many different directions as many different characters while he tries to find his way to the girl of his dreams — portrayed by his real-life fiancé Katie Peterson. “I knew I wanted to play these different roles and I knew it would keep people engaged… Our director Nick Peterson was really great at making the whole video seem like this theatrical dance with a heavier message than just me playing these different characters,” Jesse said.

Jesse added that they purposely left the end of the video’s interpretation in the hands of the audience, which was Katie’s idea. “I think for me, what the song means is of all these different things that I’ve been in my past, it seems like all of these things have been great for other people, but in many ways have been a barrier or a shield from me getting to her and finding a partner that I can enjoy the rest of my time with,” he explained. “By the end of the video, I lift Katie’s hat, and Katie suggested to have me lift the hat, and it becomes her point of view. So, I’m looking down the barrel of the lens and I deliver the last line of “Yours” right down the barrel of the camera. It leaves it open to interpretation which is like, ‘Are you hers? Are you still what everybody else wants you to be?”

Be sure to watch the music video for “Yours” and stream it on all music streaming platforms. Tune in to our full interview with Jesse McCartney on the HollywoodLife podcast on Monday, April 13!