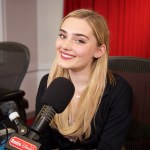 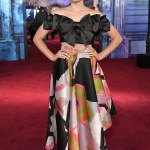 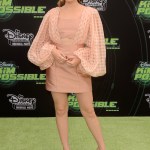 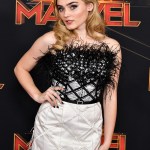 The Disney Channel Summer Sing-Along will feature Disney Channel’s family of multitalented stars and special guests as they perform iconic songs from Disney Channel Original Movies and more. You’ll be able to sing and dance along with your favorite stars with a beach ball to guide you with onscreen lyrics. The stars will be singing and dancing to iconic songs from popular movies including High School Musical 2, Camp Rock 2, Let It Shine, Descendants 3, and Zombies.

Zombies star Meg Donnelly was thrilled to be a part of this song-filled special. “Any time I get to talk about, or better yet, sing DCOM songs, I get so nostalgic, because I grew up with Disney Channel,” Meg told HollywoodLife. “My child self was obsessed with everything DCOM! I would sing and dance to the songs any chance I got. ‘What Time Is It?’ was definitely one of them! ‘Fired-Up’ gives me chills when I perform it (same with any Zombies song).”

Raven’s Home star Issac Ryan Brown will perform alongside Let It Shine star Coco Jones. “My favorite part of filming the sing-along was definitely getting to perform with Coco,” he said. “That was absolutely amazing because Let It Shine is my favorite DCOM, so performing ‘Guardian Angel’ with Coco was awesome!”

Issac’s fellow Raven’s Home star Sky Katz loved being able to get creative with her performance. “Being able to film at my own home and create my own interesting backdrops and locations,” she said. “Although I was being directed via Zoom, they allowed me to make some creative decisions as well.”

Disney Channel will also be airing Radio Disney Presents the ARDYs Summer Playlist on July 10. The two specials will begin airing at 8 p.m. on Disney Channel.