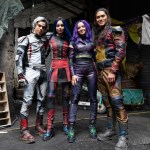 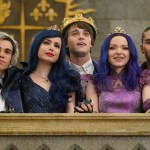 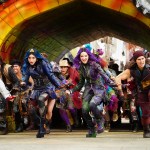 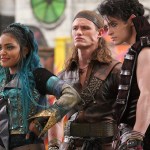 ‘Descendants 3’ premiered on Aug. 2, just weeks after the sudden death of star Cameron Boyce. The third movie in the trilogy was a beautiful new adventure for the VKs and featured moments ‘Descendants’ fans will never forget.

There has always been something so magical about the Descendants movies. When the first movie premiered in 2015, it breathed new life into DCOMs. Dove Cameron, Cameron Boyce, Sofia Carson, and Booboo Stewart became our beloved VKs and I have loved watching their journies unfold over the last 3 movies. From the music to the storylines, the Descendants movies rank high amongst the best DCOMs of all-time. They’ve mixed everything we love about Disney and created something fresh.

The sudden death of Cameron Boyce at the age of 20 on July 6 made the Descendants 3 premiere more than a little bittersweet. He was one of the core four and not having him here to celebrate this incredible achievement feels unfair. However, his talent and charisma shine through in Descendants 3, directed by Kenny Ortega, more than ever before. While the loss of Cameron is still so raw, Descendants 3 showcases everything we love (and will always love) about Cameron. There were so many incredible moments in the third movie of the Descendants trilogy and many of them include Cameron.

*Mal and Ben’s engagement was definitely a bit of a surprise but it was a welcome one. After so much struggle, it was nice to see Mal find some happiness. Ben serenaded Mal as he gets down on one knee and she happily said yes. Mitchell Hope has a great voice and it’s always nice to hear him sing.

*The additions of Jadah Marie and Cheyenne Jackson were on point. Jadah had so much sass as Dr. Facilier’s daughter, Celia, and Cheyenne was deliciously wicked as Mal’s father, Hades.

*Princess Audrey as the villain took me by surprise, that’s for sure. Sarah Jeffery slayed with her solo number “Queen of Mean” as Audrey embraced her wicked side. While everyone thought Hades was going to be the main villain, it was great to see Descendants 3 switch things up and shock us a little.

*Uma’s triumphant return — and her two sidekicks Harry and Gil — was something we’ve all been waiting for. Bringing Uma, Harry, and Gil back into the fold was almost a given after Descendants 2 and the third movie incorporated them seamlessly. When Mal went back to the Isle to get Hades’s ember so she can save Auradon, that’s when Uma came back into the picture. Uma got a hold of the ember and struck a deal with Mal. Uma wanted to get all the VKs off the Isle and both Mal and Uma were forced to work together to get what they want.

*The “Night Falls” number was epic from start to finish. Mal, Carlos, Evie, Jay, Uma, Harry, and Gil united to take down knights that Audrey brought to life with magic. As usual, the voices of Dove Cameron, China Anne McClain, and Sofia Carson were top-notch. The choreography was incredible, especially with the sword-fighting involved. “Night Falls” gave off major “What’s My Name” vibes and incorporated everyone’s strengths.

*Every single song featured in this movie was stellar. These songs are perfect playlist additions. The Descendants movies always manage to take their music to the next level. From the group songs to the solos, every track was outstanding. “My Once Upon A Time,” “One Kiss,” and “Dig a Little Deeper” were fabulous solos by Dove, Sofia, and China. When you’ve got singers like this trio, you’ve got to let them SING!

*The last musical number is always a great one in the Descendants movie and this one was no different. In “Break This Down,” Mal and the VKs decide to bring down the barrier between Auradon and the Isle once and for all. The number gave a little glimpse into the futures of our beloved VKs. Gil and Jay are becoming BFFs, as well as Evie and Uma. Harry and Audrey may be striking up a romance. Jane and Carlos are getting their happily ever after. When Hades walked across the bridge to see Mal, she welcomed him to Auradon with open arms. Everyone got their storybook ending here and it was amazing to see.

*The final scene was the perfect way to end Descendants 3. The original VKs walked hand-in-hand to the bridge between Auradon and the Isle of the Lost. There were no more barriers. Everyone is living together peacefully. Before they started running back to the Isle, they all make a pact: they’ll always be “rotten to the core,” which is a homage to their very first musical number.

The Descendants movies have meant so much to me over the years. As a Disney fangirl, this take on the new generation was something I embraced. I have loved watching the characters and the cast grow together over the past 3 movies. Thank you to the incredible cast and crew for making these movies possible and bringing more magic into my life. I’ll always be rotten to the core, too.