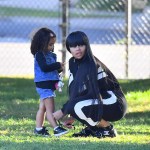 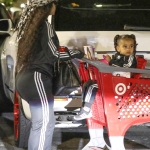 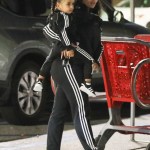 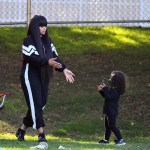 Cute alert! Blac Chyna just posted the most adorable video with her mini-me Dream, who knew all the words to ‘Who Let The Dogs Out’.

Dream Kardashian is seriously adorable! The three-year-old daughter of Rob Kardashian and Blac Chyna just appeared in her mom’s Instagram Story, and showed off her impressive vocals. The toddler proved just how intelligent she was as she sang along to “Who Let The Dogs Out” and knew all of the words! Chyna’s stories, posted on July 7, also showed the mother-daughter duo watching Trolls as little Dream wore a navy blue sweater and pastel floral pants. Her mom matched her in a pink low-cut tee, and pulled her brunette hair out of her face.

Fans have loved getting to see rare glimpses of Dream while in quarantine! Her dad shared the first pic of her in months when he took to Instagram on June 24. In the picture, Dream wore striped pajamas and snacked on a pre-bedtime snack, while pouting for the camera. “Night night,” Rob captioned the post. Aw, our hearts!

The Kardashian does not post on Instagram very often, and is notoriously private, so it was pretty special for him to share this new photo of Dream. Rob is guarded when it comes to his personal life, and the last time he posted a video of his daughter was way back in January.

Rob and Chyna were first linked in early 2016, and Dream was conceived just a few months later. She was born in November of that year, but it wasn’t long before Rob and Chyna’s relationship took a turn for the worse. They broke up, and their relationship became extremely volatile. The exes initially settled a custody agreement at the beginning of 2019, but their past issues were brought to light again in 2020. Rob and Chyna have both claimed that the other is a bad parent, and are currently embroiled in another custody battle over Dream (Rob was denied full custody back in February).