Where did the time go? Ayesha and Steph Curry‘s son, Canon Jack turns two today, July 2 and his parents are pampering him like a little king. The Seasoned Life author, 31, and her son spent his last hours as a 1-year-old bonding together at home in California on Wednesday night. Ayesha gave Canon a foot rub and showered him with love, as seen in new photos she posted to Instagram, early Thursday morning.

Last foot massage and kisses as a one year old! 🖤🥰 (protecting his birthday braids auntie @fabyoulush gave him) CANON JACK

“Last foot massage and kisses as a one year old!” the proud mom captioned her post, which featured two snaps of the mother-son duo. The first showed the Sweet July founder smiling at her son, while she gave him a foot massage on his bedroom floor. The second showed Canon standing straight up to give his mom a cute pre-birthday kiss.

The 1-year-old (at the time) was dressed in a white, buttoned long sleeve shirt and matching shorts. Ayesha noted that her only son was wearing a du-rag to protect his birthday braids, courtesy of her sister Janiece JeanLouis. And, we can’t wait to see the finished style! 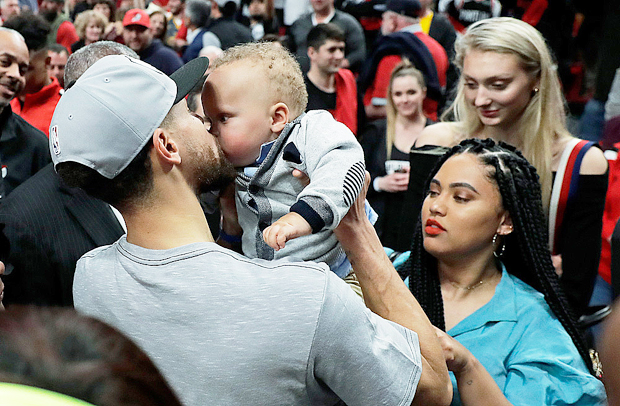 Ayesha also shared a series of baby photos of Canon at midnight on July 2, along with a sweet tribute to her youngest child.

“I can’t believe our baby boy is going to be TWO tomorrow,” the International Smoke owner began, with a crying-face emoji. “Having an emotional time over the thought of our baby not being so baby. Wow. I always dreamed of having a little boy,” she continued, explaining that her third pregnancy was “rough.”

“I had hyperemesis and had to have a PICC line, major thyroid issues, anxiety… you name it. It was bananas (poor Stephen)… after all of that he came a whole month early. We were nervous… but he arrived at a perfectly healthy 6lbs 7oz! He would’ve been a BIG boy had he decided to stay in there… as we all know now,” she recalled. “Sometimes you gotta go through it to get to it. God took us on the most incredible journey to have the honor and privilege of being this little mans mama and dada. Everyday has been so exciting and eventful with him in our family,” she wrote, adding that Canon “was our missing puzzle piece and we truly feel our family is complete (for now. Ah so it go).”

Ayesha went on to gush over her boys. “Canon and Stephen steal my heart day after day after day. Clearly crying as I type this. There’s literally no reason for me to be sharing this with you all, but you know the saying ‘I want shout it from the rooftop!’ … this is the best rooftop I have here so I’m shouting emotions and I love you’s all over it,” she wrote.

As for the meaning behind her son’s name? — “Canon means YOUNG WOLF; Official of the church. We picked his name 9 years ago not knowing that. It means everything to us now. Our YOUNG WOLF, our Canon Jack … our baby boy,” Ayesha explained. “Asking for God’s covering and protection as he grows up in this very strange world we are living in right now. I want this day to go by as slow as possible. Two?! Ahhh ‘clock don’t mark the hour cuz I’m going nuts!'” 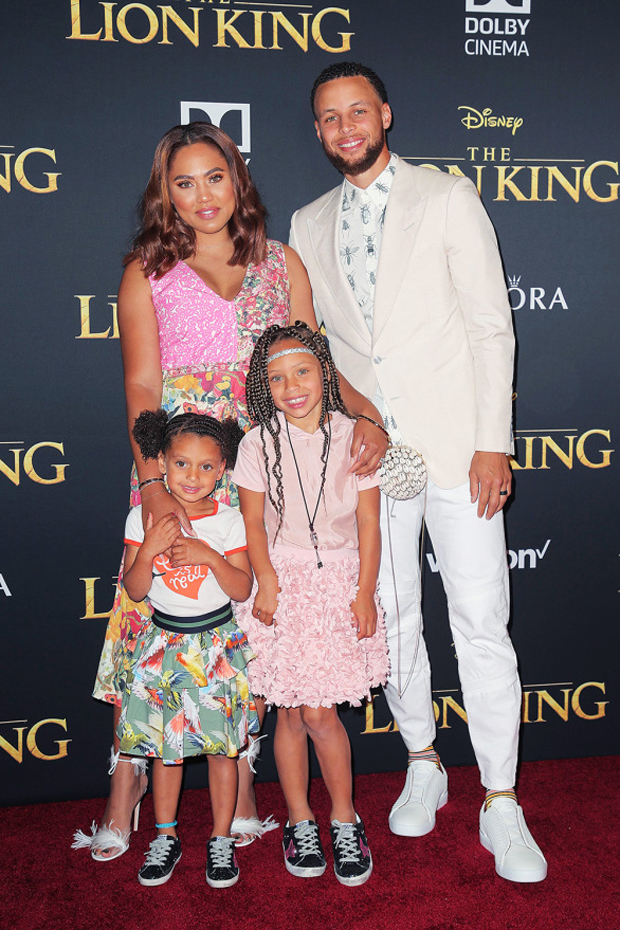 Ayesha and Steph Curry with daughters Riley and Ryan at the premiere of ‘Lion King.’ (Photo credit: Chelsea Lauren/Shutterstock)

It’s unclear what Ayesha and Steph, 32, have planned for Canon’s second birthday. However, it’s sure to be a special event, as the Curry’s are known for their close family celebrations, which consist of plenty of tasty food made by the chef. The author and 3-time NBA champion are also parents to daughters Riley, 7, and Ryan Curry, 4, who are just as equally cute as the birthday boy!