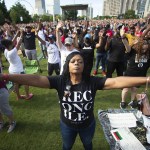 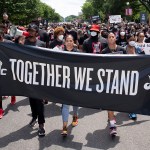 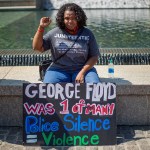 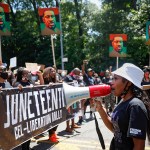 Michelle Obama shared on Twitter what Juneteenth means to her, and revealed how she feels it can be celebrated: using ‘voices and votes’ to bring change to the U.S.

On Juneteenth, Michelle Obama took a moment to reflect and tell her Twitter followers what the holiday means to her. The former first lady, 56, went over the history of the historic holiday, which commemorates June 19, 1865, the day that slaves in Galveston, Texas, found out they were freed — two years after President Abraham Lincoln signed the Emancipation Proclamation. “What I love about Juneteenth is that even in that extended wait, we still find something to celebrate,” Michelle wrote. “Even though the story has never been tidy, and Black folks have had to march and fight for every inch of our freedom, our story in nonetheless one of progress.”

Here's what #Juneteenth means to me: pic.twitter.com/KlOoYwdzD5

She told the story of her own family, writing that both of her grandfathers were the grandchildren of slaves, and grew up in the Jim Crow south. Despite their struggles, they persevered “with dignity and purpose,” Michelle said, making sure to mention that they voted in every election. “Though they didn’t live to see it themselves, I can see the smiles on their faces knowing that their great-granddaughters ended up playing ball in the halls of the White House — a magnificent structure built by enslaved Americans,” she said.

Michelle, one of the founders of the nonpartisan organization When We All Vote, asked that all Americans follow her grandfathers’ lead and vote in upcoming elections, including the November 3 presidential election. “All across the country, there are so many more parts to this story — the generations of families whose work and service and protest has led us forward, even if the promise we seek is often delayed,” Michelle wrote, referencing the ongoing Black Lives Matter protests.

She concluded, “This Juneteenth, let’s all pledge to keep using our voices — and our votes — to keep that story marching forward for our own children, and theirs.” To find out more about Juneteenth, and how you can better support the Black Lives Matter movement and protesters, click HERE for a list of resources. And if you haven’t registered to vote yet, you can do so by filling out the form below: