It’s June 19, also known as “Juneteenth.” However, not many Americans are educated enough about the essential holiday. Nonetheless, we’re in a day and age where the Black Lives Matter movement is stronger than ever following the death of George Floyd and many other Black individuals who’ve died at the hands of police officers. As allies, it’s crucial to be educated about Juneteenth — especially as nationwide protests against police brutality and racial injustice continue. Learn more with these fives fact:

1. Juneteenth commemorates the liberation of the last slaves in the United States. — It’s probably the most important American holiday —  that not every American knows. June 19th, or “Juneteenth,” has come to symbolize the end of slavery in the United States. During the American Civil War, then-President Abraham Lincoln issued the Emancipation Proclamation on January 1, 1863, announcing the end of slavery (within the Confederate states.)When the war finally ended on May 9, 1865, owners were tasked with telling their slaves that they were free. As argued in a Juneteenth episode of ABC’s Black-ish in 2017, Texas landowners may have withheld this information so they could make use of the slave labor for one more harvest. On June 19, 1865 – two years after the Emancipation Proclamation – Major Gen. Gordon Granger arrived in Galveston, Texas, informing the residents that slavery was over, according to USA Today. This day, June 19 – or Juneteenth – has become symbolic of the day slavery ended in America.

Slavery actually ended on December 6th, 1865 with the ratification of the 13th Amendment to the U.S. Constitution. However, as Ava DuVernay’s Netflix documentary 13th shows, slave labor is still legal as “a punishment for crime whereof the party shall have been duly convicted.” Many critics have argued that slavery has continued to exist but under the guise of the American prison system.

2. It’s not a federal holiday…yet. — Texas, in 1979, became the first state to make Juneteenth an official holiday, according to Fast Company. It became a national day of observance in 2014, thanks to President Barack Obama. Most states and the District of Columbia observe it, with only Hawaii, Montana, New Hampshire, and the Dakotas “holding out.” Today, many companies, including Nike, recognize Juneteenth as a company holiday.

3. Juneteenth is also known by other names. — The holiday also goes by Jubilee Day, Freedom Day, Emancipation Day, or as some call it, “America’s second Independence Day.”

4. Celebrations include parades, readings and impactful gatherings. — Juneteenth is marked with a number of celebrations, including communities coming together to celebrate Black culture, honor Black history and remember those who continued to fight for civil rights after the end of slavery. Despite the Emancipation Proclamation, it wasn’t until December 13, 1865 that the Thirteenth Amendment (which officially ended slavery) was passed. Even then, there was segregation, Jim Crow laws, etc. To this day, the Black community continues to fight for equality and against systemic police brutality. 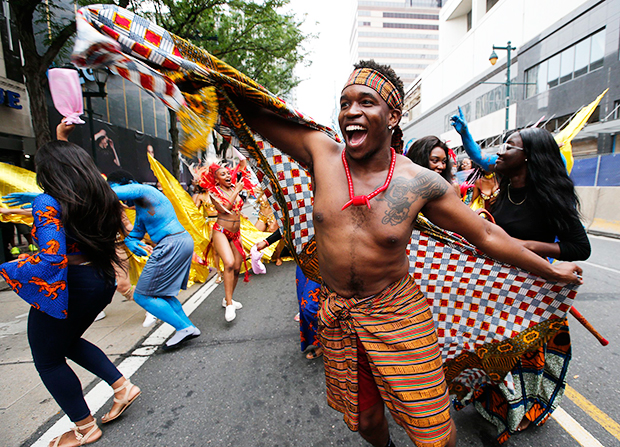 5. President Donald Trump rescheduled a campaign rally that was initially set for Juneteenth. — After facing backlash for a June 19 presidential reelection campaign rally, Trump moved the event to the next day on June 20. To make matters worse, the president planned for the rally to take place in Tulsa, Oklahoma, the site of the 1921 Tulsa Race Massacre against the city’s Black residents.