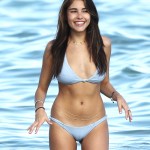 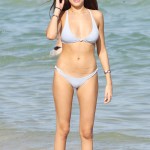 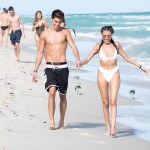 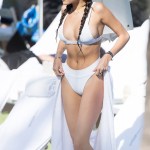 Madison Beer took to Twitter to issue an apology after she admitted to ‘definitely romanticizing the controversial novel, ‘Lolita,’ during an Instagram Live.

Madison Beer came under fire for comments she made about the 1955 novel, Lolita, on social media on June 15. The singer sadi that it’s one of her “favorite” books and admitted that she “romanticizes” it. However, after backlash came pouring in, she apologized. “I love u guys & I’m sorry,” Madison tweeted. “I misspoke and would never condone inappropriate relationships of any kind. I’m sincerely sorry for it seeming like I do. Let me make it clear — I do not. Have a good night.”

i love u guys & i’m sorry. i misspoke and would never condone innaproproate relationships of any kind. i’m sincerely sorry for it seeming like i do. let me make it clear – i do not. have a good night 🤍

Lolita is about a middle-aged professor who fantasizes about a 12-year-old girl. He eventually becomes romantically involved with her after becoming her stepfather. Despite the controversial nature of the book, Madison confirmed on her Instagram Live that she “romanticizes” it. “I definitely do,” Madison said. “But we’re not going to talk about that.”

#madisonbeerisoverparty here’s what happened:
Madison Beer revealed that she romanticizes the book ‘Lolita,’ which is about a p*dophilic relationship

Once the video started getting pick-up on Twitter and the criticism came pouring in, Madison attempted to further explain herself in a now-deleted tweet. “People have their own interpretations of the book,” she wrote. “I didn’t write it. I just like it and don’t see it in the way others might. I’ve always known it’s a controversial book. But I’ve always said it’s my favorite. Because I just like that story. I like dark stories. Always have.”

After Madison made her comments, the hashtag #MadisonBeerIsOverParty began trending on Twitter. Many people began weighing in about why it was so controversial for her to show so much support to Lolita. “There’s nothing wrong with Madison saying Lolita is her favorite book,” one person wrote. “You can enjoy a book without condoning or supporting what happens in the book. However, saying you “definitely” romanticize Lolita like it’s a joke is disgusting.”

Once Madison apologized, one fan urged her to just “be careful” with what she says in the future. To that, Madison responded, “Yes and I need to be mindful of other people’s experiences and I apologize sincerely. I’d never want to hurt anyone.”