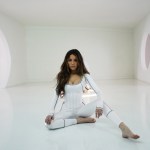 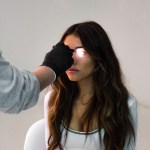 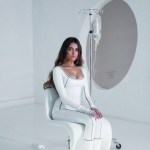 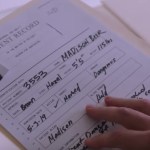 Madison Beer’s latest single ‘Dear Society’ is the first off her debut album. It shows the singer’s depth, maturity, and it’s everything fans expected and more!

Madison Beer‘s highly-anticipated single and music video for “Dear Society” dropped on May 17 and fans can’t get enough! The 20-year-old singer co-wrote the amazing new track which is the first single off her debut album, due out this summer. “’Dear Society’ is my letter to our culture expressing the pressure I feel from everyday life in today’s world. I know this is such a common struggle for so many people in my generation and I want this song to be an anthem for my fans so they know they are not alone; we are all in this struggle together,” said Madison in a statement.

The catchy single is accompanied by a “vintage, yet futuristic video, co-directed by The Young Astronauts and Madison,” according to the press release. Madison looks stunning as ever in a skintight white bodysuit with matching corset that shows off her flawless figure. The song revolves around how people are perceived in our society and what they do to make it through their daily lives.

The moving video begins with the multi-talented star seated in a glass observation room while being hooked up to an IV drip. As Madison tries to break free, she sings, “You’re bad for my health I should probably get some help, I can’t control myself, I’m addicted to the hell. My heart is getting sick from the tar that’s on your lips, yeah you’re bad for my health, you should hurt somebody else.”

The new hit already has nearly 4 million views on YouTube in the short time since it’s been released. Madison began teasing the song release in a series of short clips via Instagram on May 8. Lisa Rinna‘s daughters both responded with Delilah Belle Hamlin replying, “I’m already shook,” and Amelia Gray Hamlin adding, “How can someone look so beautiful?”