Lance Bass weighed in on controversies surrounding his pal, Jax Taylor, during the June 15 episode of The Daily Popcast With Lance Bass. After various questionable tweets and social media comments from Jax resurfaced earlier this month, fans are speculating that the 40-year-old will be fired from Vanderpump Rules, and Lance agrees. “He will lose out,” Lance said. “I do not see Bravo keeping him. I have a feeling soon, this will be done. It just keeps getting bigger and bigger.”

The call for Jax to be let go from the show came after his co-stars, Stassi Schroeder, Kristen Doute, Max Boyens and Brett Caprioni, were fired due to controversial actions and comments of their own. Fans pointed to a 2017 tweet from Jax, where he wrongfully accused former co-star, Faith Stowers, of being “wanted by the police for grand theft auto.” 90 Day Fiance star, Ashley Smith, also resurfaced an old comment that Jax left on one of her Instagram pictures, where he commented on the size of her husband, Jay Smith’s, nose. 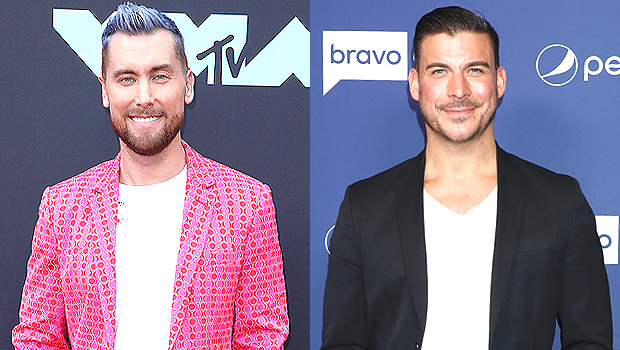 Lance and his husband, Michael Turchin, revealed that they had actually spoken to Jax about the ‘nose’ comment before recording their podcast. “He’s like, ‘I don’t understand this big nose thing,'” Lance recalled. “He goes, ‘Jewish people have big noses.’ Yeah — you can’t made fun of Jewish people or Black people by their nose.”

Michael added, “The fact that a grown man in his 40s doesn’t know that it’s racist to comment on a Black person’s big nose, especially on a public platform for everyone to see? There’s no excuse for that. You know that’s wrong.” Michael also accused Jax of saying “very ignorant, homophobic things” in the past, but did not provide specific examples.

Earlier this year, Lance and Jax teamed up to create a cocktail mixer, Just Add X, but Lance revealed on the June 15 podcast that Jax will be “stepping down” from the project. “It’s gong to cost him everything,” Lance admitted. “We can’t be involved and associated with any of this going down. We have to do the right thing.” Lance also officiated Jax’s wedding to Brittany Cartwright in 2019.

HollywoodLife has reached out to representatives for Jax and Bravo for comment about the widespread call for Jax to be fired from Vanderpump Rules. Jax has not publicly addressed the situation on social media at this time.