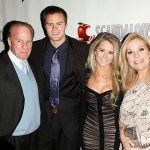 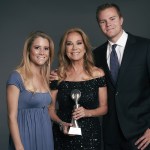 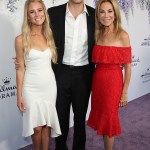 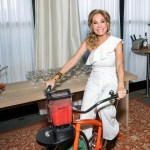 Congratulations are in order for Cassidy Gifford — she wed her longtime boyfriend, Ben Wierda, just seven months after getting engaged!

Cassidy Gifford is married! The 26-year-old daughter of Kathie Lee Gifford tied the knot with Ben Wierda, according to Us Weekly. The mag did not confirm the pair’s wedding date. However, back on June 6, Kathie Lee uploaded an Instagram photo where she referred to herself as the “mother of the bride” in the caption. The image was of herself riding a tractor, and Kathie Lee wrote, “When the mother of the bride can’t contain her joy!!!!”

When the mother of the bride can’t contain her joy!!!

Kathie Lee could not hide her excitement when Cassidy got engaged in Nov. 2019, either. She took to Instagram to gush over the news at the time. “So thrilled to announce that my beautiful daughter is engaged to a wonderful man, Ben,” Kathie Lee wrote. “I am beyond the moon and stars. Thank you, LORD!” In May 2019, Kathie Lee also confirmed that her son, Cody Gifford, had gotten engaged to his girlfriend, Erika Brown. What a year it’s been for this happy family!

While Cassidy works as an actress, Ben is employed by Clarion Technologies, according to LinkedIn. He graduated from Pepperdine University in 2013, and has been working for Clarion since 2017.

Cassidy and her mom, Kathie Lee, have always been extremely close. The 26-year-old’s father, Frank Gifford, passed away in Aug. 2015 from natural causes. He was 84 years old at the time. Frank was Kathie Lee’s second husband, and she was his third wife.