Leave it to Kris Jenner to be the first one to celebrate Kanye West’s birthday online. Kris, 64, couldn’t hold back her joy over Kanye turning 43 on June 8, and she celebrated her son-in-law’s special day with an Instagram gallery of adorable photos. Kanye was even smiling in some of them! The images spanned the years – from Kanye posing alongside Kris, Kim Kardashian and Kylie Jenner at the 2016 Met Gala to on what looks like the day they filmed the “Chick-Fil-A” video on his Wyoming ranch. It was a beautiful tribute to Kanye on his special day.

“Happy Birthday #KanyeWest!!” Kris captioned the photos.  You are an amazing son, father, husband, uncle, brother, and friend… thank you for being such a special and important part of our family… I love you very much.” Kris may have been the first KarJenner to post about Ye’s day on Social Media – beating Kim Kardashian, Khloe Kardashian, Kourtney Kardashian, Kylie, and Kendall Jenner – but it’s just a matter of time before the women in Ye’s life take a moment to publicly celebrate this, the day of his birth. 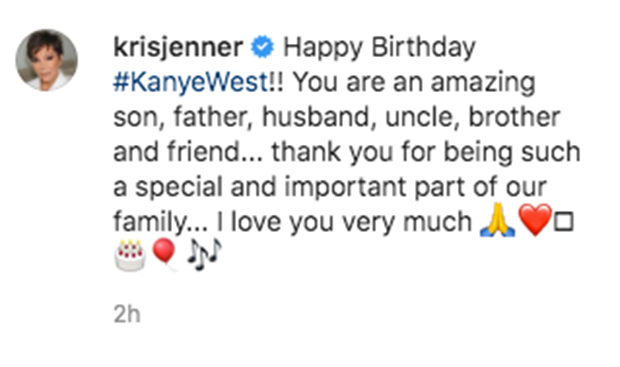 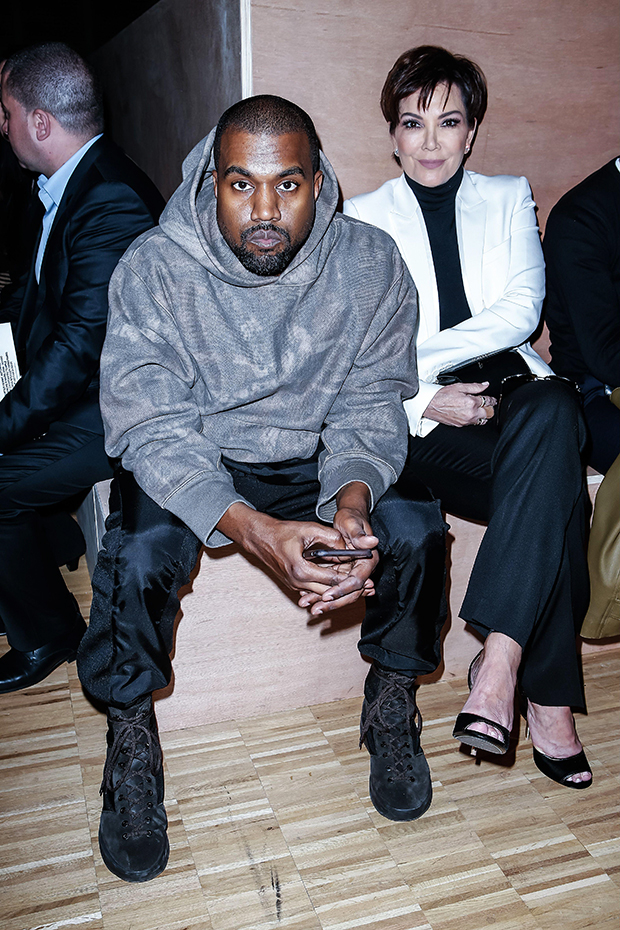 Right now, the KarJenners have been using their social media platforms to promote efforts regarding Black Lives Matters and the protests over the deaths of George Floyd, Tony McDade, Breonna Taylor, and other Black men and women killed by the police. Kanye – after a prolonged silence that was started to get people talking – also threw his support behind the BLM movement. First, he donated $2 million to charities associated with Ahmaud Aerbery, Breonna, and George. He also pledged to cover the legal costs for the Arbery and Taylor families as they pursue justice. On top of that, Kanye set up a college fund to cover the tuition costs of George Floyd’s daughter, Gianna.

After opening up his wallet, Kanye put his boots (Yeezys?) on the ground. The rapper was spotted among the throng of protesters during a June 4 demonstration in his home of Chicago. Kanye, almost uncharacteristically, kept a low profile during the march by wearing a mask and with the hood of his sweatshirt pulled up. He reportedly “did not want to be filmed,” and he just wanted to be one of the many demanding justice.

“Kim is very supportive and proud that Kanye set up this college fund for George’s [Floyd’s] daughter,” a source told HollywoodLife EXCLUSIVELY. “He had been thinking of the best way to help the situation and came up with this, which is why he did it when he did.”