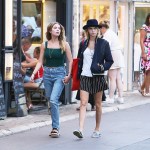 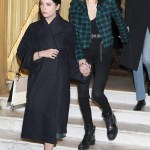 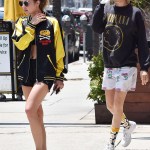 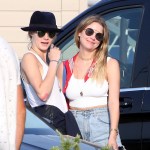 Cara Delevingne got very candid in a new interview, as she opened up about identifying as pansexual, less than one month after her split from girlfriend Ashley Benson.

Cara Delevingne has opened up about identifying as pansexual. The 27-year-old talked to our sister site Variety about being attracted to all genders, amid her split from Pretty Little Liars star Ashley Benson. “I always will remain, I think, pansexual,” the model said in the June 3 cover story. “However one defines themselves, whether it’s ‘they’ or ‘he’ or ‘she,’ I fall in love with the person, and that’s that. I’m attracted to the person.”

The interview comes at the beginning of Pride Month, as Cara revealed that her journey to self-acceptance involved getting rid labels. “The thing is with me, I change a lot,” the multi-hyphenate British talent said. “I feel different all the time. Some days, I feel more womanly. Some days, I feel more like a man.” The Carnival Row star then detailed an encounter she had with disgraced producer Harvey Weinstein in the early days of her career.

“Harvey was one of the people that told me I couldn’t be with a woman and also be an actress,” she said, remembering a night when he called her out of the blue. “I had to have a beard.” In a 2017 Instagram post, Cara shared a story about a subsequent encounter with the former film mogul, who is now serving a 23-year prison sentence for rape and sexual assault. According to her, Harvey invited her to his hotel room and tried to kiss her, which she resisted, before he offered her a role in the drama Tulip Fever.

Cara, an active LGBTQ+ activist, has also launched a collection with PUMA in celebration of Pride Month. Not only did she help design the new clothing line, but she also looks fabulous while starring in the campaign. The collection, named, “From PUMA with Love” celebrates the LGBTQ+ community and Cara totally gushed about the collection. “[It] was designed and created with so much love. I was really looking forward to wearing it at this year’s Pride celebrations that I was planning to attend but, given the circumstances, I can’t wait to wear it and celebrate Pride month from my home via Zoom and FaceTime,” she said, adding, “Through my foundation, I am looking forward to making donations to LGBTQ+ organizations around the world who are making such a difference every single day.”