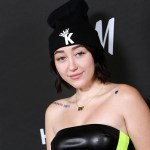 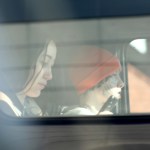 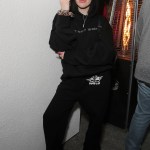 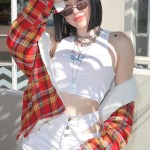 On Noah Cyrus’ song, ‘Young & Sad,’ she sings about how hard it was to grow up as Miley Cyrus’ sister, and before releasing the track, she opened up about finally coming out of the ‘shadow.’

“My sister’s like sunshine,” Noah Cyrus croons in the second verse of her new song, “Young & Sad.” “Always bringing good light wherever she will go. And I was born to rain clouds, when they blew the flame out, blessed in her shadow.” Of course, Noah is referring to her famous sister, Miley Cyrus. Noah was just six years old when Miley shot to superstardom on Hannah Montana in 2006, and it took her quite awhile to come into her own. The emotional lyrics in the song reflect how she really felt during those years.

Noah released “Young & Sad” on May 15, and before it came out, she took to Instagram Live to expand on the meaning behind the song. “Everyone gave me such a hard time being Miley’s little sister,” Noah explained, through tears. “But you know, I always felt like I was that person that no one gave a s*** about due to what people said online. It was absolutely unbearable.” She also explained that online trolls made her believe that she would be stuck in Miley’s shadow forever.

“That was something I heard my whole life, every single day, my whole life,” she admitted. “It was either that or that I wasn’t enough in some way, whether it was the way I look or the way I am.” She also added that she “probably won’t talk about [this subject] anymore,” and that the song is “pretty tough” for her to sing.

I don’t even “stan” noah cyrus but y’all do give her the hardest time about her looks and constantly comparing her to miley, I’m glad she is carving out her own career path and a unique sound for herself because her talent is pretty evident. pic.twitter.com/Dpd4nq9mxG

Noah finally did get out of Miley’s shadow in 2016, when she began a music career of her own. She released her debut single “Make Me (Cry),” which was followed up with her first EP in Sept. 2018. Her follow-up EP, The End of Everything, which featured the track “Young & Sad,” was released on May 15, 2020.