Like the rest of the world, Dua Lipa is thrilled that Gigi Hadid and Zayn Malik are expecting. The singer, who’s dating Gigi’s brother, said she’s ‘very excited’ at possibly becoming an auntie.

“Yeah! It’s very exciting news,” Dua Lipa said while calling in to The Edge NZ. The 24-year-old has been “self-isolating” with her boyfriend, Anwar Hadid, 20, and she said she was ecstatic to hear that his sister, Gigi Hadid, 25, was pregnant with Zayn Malik’s baby. The radio hosts congratulated Dua for possibly becoming an “auntie” to Gigi and Zayn’s forthcoming bundle of joy. When asked if she had been sitting on this secret for a while, the “Don’t Start Now” singer said that she had only known “a little bit” before the news broke, but “not long.”

After a few days of speculation over whether or not there was a bun in her oven, Gigi confirmed the news while speaking with Jimmy Fallon. “Obviously, we wished we could have announced it on our own terms, but we’re very excited and happy and grateful for everyone’s well wishes and support,” she said during the Apr. 30 edition of The Tonight Show With Jimmy Fallon. She also confirmed that Zayn in the father, after some thought that Tyler Cameron might have been the one who got her pregnant. Gigi, who was isolating with her family on their Pennsylvania farm, said that this current pandemic has provided “a silver lining,” since it was nice for her to “be able to be home and be together and really experience it day by day.”

During the chat, she also dished on her biggest pregnancy craving. She said that she eats an “everything bagel” every day, and she was excited that her 25th birthday cake was actually a giant everything bagel. “Then I found out that Buddy [Valastro], the ‘Cake Boss,’ made my cake … I don’t know if it was my hormones right now or just, like, quarantine emotional-ness, but I cried every five minutes for an hour every time I thought about that Buddy made my cake.” 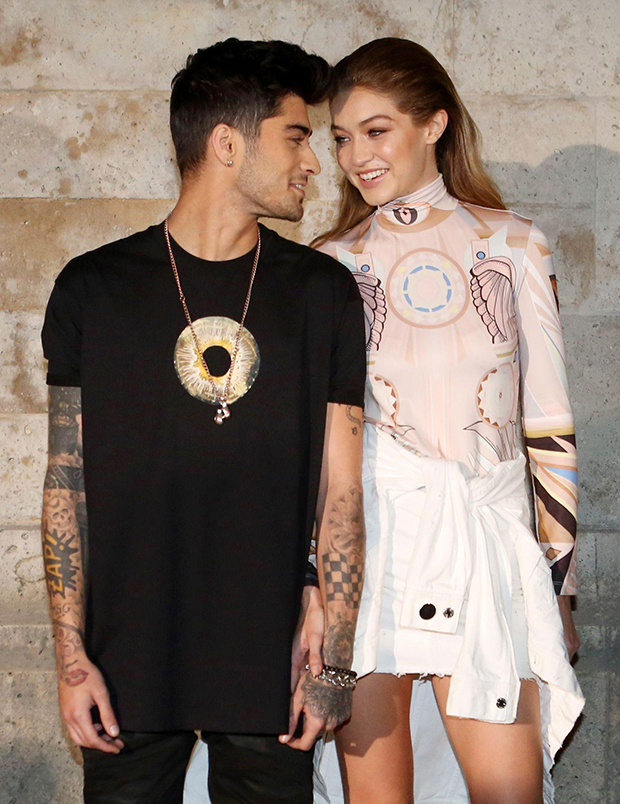 Gigi’s pregnancy was first reported by TMZ on Apr. 28, who seemed to let the cat out of the bag (ergo, her line about not being able to announce it “on our own terms.”) The publication’s source claims that Gigi is 20 weeks along and that she’s allegedly having a girl. Gigi’s mother, Yolanda Hadid, reportedly told RTL Boulevard in her native Netherlands that she “can’t wait to become a grandmother. It is quite special, since I lost my own mother so recently. “That is the beauty of life: one soul is leaving us, and another is coming. We feel very blessed.”