Larsa Pippen, 45, isn’t shutting the door on the possibility of another marriage! The gorgeous mom of four, who split from Scottie Pippen in October 2018, took some fan questions on Instagram on April 29, and one person asked if she ever wanted to get married again. “Yes,” Larsa responded, point-blank. Someone else also asked if she and Scottie were quarantined together, or just co-parenting, amidst the coronavirus pandemic. Larsa confirmed that, at this time, they’re “just co-parenting.”

Scottie and Larsa tied the knot in 1997 and had four kids together. They first split in 2016, when Scottie filed for divorce. They called off the divorce the following year, but then Larsa filed her own divorce papers in Nov. 2018. At the time, rumors surfaced that Larsa had cheated on her husband of more than 20 years, but she made sure to shut down the speculation. “Ppl saying I cheated when believe me it wasn’t like that. He was nowhere around,” she wrote on Instagram. “I cried oceans over him. I would do anything for him.”

Some fans also accused Larsa of only marrying Scottie because she was a “gold digger,” but she clapped back at those reports, too. “I don’t care about money and I’ve had it my whole life,” Larsa said. “I spent my bday, New Year’s Eve, times when I needed him, alone. At some point I decided to live my truth, and here I am.” 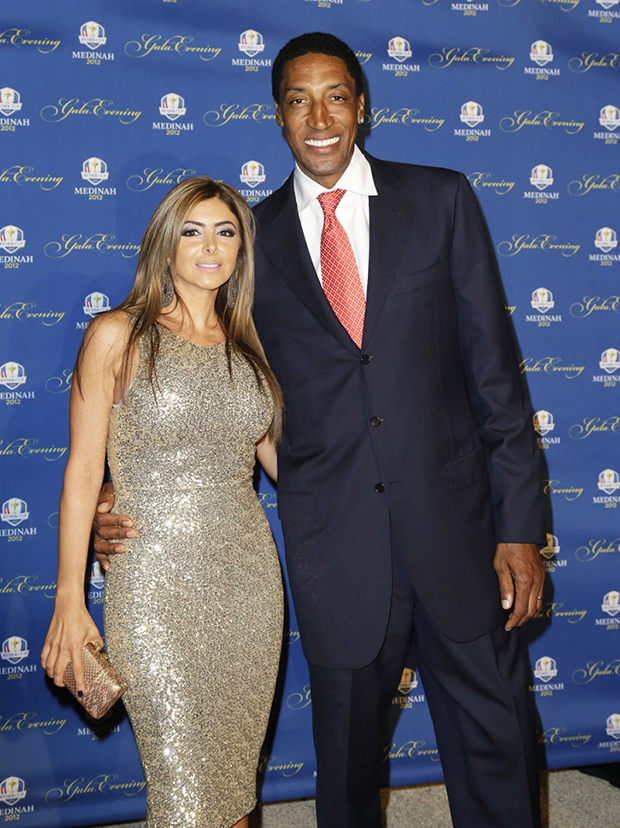 The divorce has not been finalized yet, but Scottie and Larsa have been living separate lives since the split. Larsa does not talk about her personal life often, so this Q&A was quite an insight into where she stands.