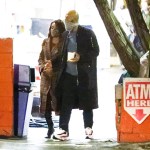 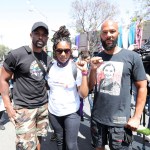 After sparking romance rumors with Common, Tiffany Haddish set the record straight regarding her dating life during an interview with Ellen DeGeneres on April 29.

Tiffany Haddish, 40, finally revealed whether or not she’s dating Common, 48 following their virtual date on Bumble earlier this month. “I am single,” the actress told Ellen DeGeneres during an April 29 interview. However, she confirmed that she has been “dating” virtually thanks to the dating app, Bumble, and she opened up about how much fun she had with Common on their online date. “It’s been great,” Tiffany admitted. “I went on a virtual date with Common and it was super fun. He sent me flowers, he sent me food. It was nice! We danced!”

Rumors of a romance between Tiffany and Common began back in March, when she revealed that they went to a “paint and pour” class together. At the time, Tiffany insisted that they were just friends, and during an April interview on TODAY, she shut down rumors of a romance. However, at the beginning of April, Tiffany also did a virtual interview with Cedric the Entertainer, and did not shy away from panning her camera over to Common. Stay-at-home regulations were already put in place at that point, so it appears that the two were quarantining together.

Tiffany and Common’s virtual Bumble date was part of Bumble’s initiative to “pay it forward.” Tiffany is a spokesperson for the app. Meanwhile, she previously confirmed that she was the first to make a move when it came to her relationship with Common. “I was like [to him], I got a Groupon to go painting, do you want to go painting?” Tiffany told E! News. The 40-year-old is also a Groupon spokesperson.

Before Tiffany and Common were linked romantically, Tiffany’s pal, Wendy Williams, revealed that the actress was crushing on the rapper. However, Wendy also issued Tiffany a warning when it came to starting anything romantic with him. “Common is not good with women,” Wendy warned during the April 8 episode of her talk show. “That’s all I’m saying. He keeps you, until he’s done with you.”