Much like the rest of us, Chris Harrison is shipping a Tyler Cameron and Hannah Brown relationship! “I love Hannah and I want her to find love,” Chris told HollywoodLife EXCLUSIVELY ahead of the April 13 premiere of The Bachelor Presents: Listen To Your Heart. “And I think Tyler is a really good man, and if he is serious about it, then I think they would be great! I wish them the best!” However, Chris added that he “doesn’t know” what status the two are putting on their relationship right now after more than two weeks in quarantine together.

Hannah and Tyler got everyone talking when she flew to Florida to quarantine with him and his friends amidst the coronavirus outbreak. The two posted dozens of TikTok videos together, and their group dubbed themselves the “quarantine crew.” Hannah fit right in, and it definitely seemed like something was brewing between them. However, Tyler finally broke his silence about the romance rumors while doing a Q&A with fans earlier this month.

“The tea is…we are friends,” he explained. “She’s a good friend.” Hannah returned to Alabama to be with her family earlier this month, so the pair are no longer in quarantine together, and it’s unclear if they’ve been keeping in touch. 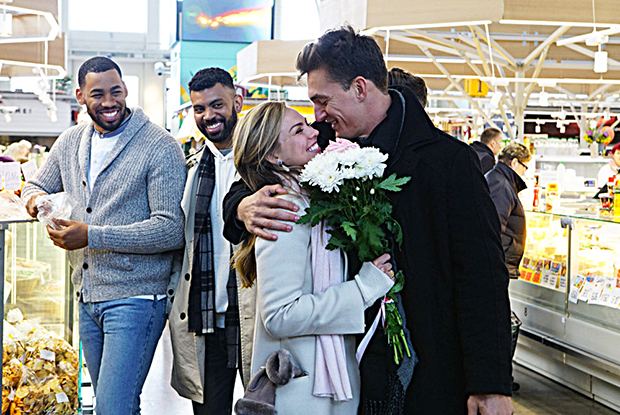 Tyler and Hannah haven’t disclosed the reason for their reconciliation, but they seem to have gotten close again following the sudden death of his mother earlier this year. Hannah went to Florida to be with Tyler after his mom’s passing, which was just a few weeks before quarantine regulations were put in place.

It’s been quite a tumultuous ride for these two, who met on season 15 of The Bachelorette in 2019. Unfortunately, Hannah broke Tyler’s heart by choosing Jed Wyatt over him. But, when she and Jed broke up, she let Tyler know that she was still interested in seeing whether there was something between them. However, by that time, Tyler was already starting a romance with Gigi Hadid, which lasted until October. It wasn’t until March that Tyler and Hannah reconnected — at least publicly!