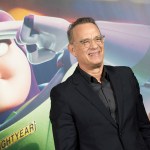 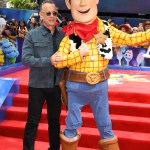 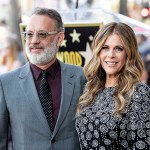 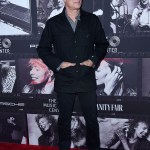 Tom Hanks and Rita Wilson’s Coronavirus diagnosis has lots of fans freaking out, but the pair’s eldest son, Chet, is playing it totally cool.

UPDATE (3/17/20, 7:20 p.m. ET): Like Chet Hanks said, Tom Hanks didn’t sound like he was “trippin'” in a hopeful update about his and Rita Wilson’s health. On March 17, the actor posted a photo of his typewriter on Twitter and announced, “Hey folks. Good News: One week after testing Positive, in self-isolation, the symptoms are much the same. No fever but the blahs. Folding the laundry and doing the dishes lead to a nap on the couch. Bad news: My wife has won 6 straight hands of Gin Rummy and leads by 201 points. But I have learned not to spread my Vegemite so thick. I travelled here with a typewriter, one I used to love. We are all in this together. Flatten the curve. Hanx.”

ORIGINAL: Chet Hanks, 29, took to Instagram to share his feelings after news broke that his parents, Tom Hanks and Rita Wilson, confirmed they had been diagnosed with Coronavirus on March 11. “I just got off the phone with them,” Chet explained in his video. “They are both fine. They’re not even that sick. They’re not worried about it, they’re not trippin’. But they’re going through the necessary health precautions. I don’t think it’s anything to be too worried about. I appreciate everyone’s concern and well wishes, but I think it’s all going to be alright.”

Tom and Rita are in Australia, where Tom was filming the new Elvis Presley biopic. The actor took to Instagram to share the news of the pair’s diagnosis. He explained that they were tested by the virus after feeling tired and suffering from body aches and slight fevers. Tom and Rita are now following the advice of medical officials and remaining in quarantine as they fight their illnesses. “We will be tested, observed and isolated for as long as public health and safety requires,” he explained. “Not much more to it than a one-day-at-a-time approach.”

Production on the film, which stars Austin Butler, has been shut down. Meanwhile, the NBA also announced its decision to suspend games after player, Rudy Gobert, tested positive for Coronavirus, as well. The 2020 NCAA basketball tournament will be played without fans later this month, too, and production on various shows, including Riverdale, has been halted.

Amidst fear of the Coronavirus spreading even further, Donald Trump has banned travel between the United States and Europe for 30 days. Events like Coachella and Stagecoach have been postponed until later this year.