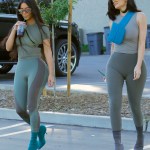 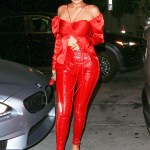 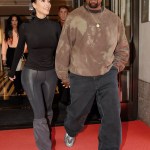 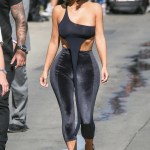 New year, new you! Kardashian trainer Don-A-Matrix spilled the sisters’ secrets to their toned bodies in this EXCLUSIVE interview!

If you’re trying to achieve a toned derriere just like Kim, Khloe, and Kourtney Kardashian, look no further! “A go-to exercise to get a Kardashian butt would have to be starting with the basic squat, but then adding a jump squat in,” the sisters’ trainer Don-A-Matrix told HollywoodLife EXCLUSIVELY at Bodyarmor’s second annual Lyte Up LA workout event on Jan. 14. “And with the jump squat, we do a forward movement progression. It’s like a jump squat where we’re just in an open space and just moving forward into the jump squat.” The celebrity trainer is best known for his Matrix Method workout, where he has his clients practice various workout “sets” repeatedly, focused on a different part of the body.

While the moves will get your behind in shape in no time, the work out is beneficial for your whole body. “This takes your heart rate all the way up so you’re burning a lot of calories and then also the resistance from your body and you can even add dumbbells in there a lot of times to add more resistance,” the celeb trainer adds, recommending three to four workouts a week for the average person. “The Kardashians are a little extreme. They work out five, six days a week….we’ll do anywhere between 10, 15, 20 repetitions, mainly 20 repetitions, and we’ll do three sets.”

The Kardashian sisters regularly post about their workouts, and their love of fitness has inspired several of their business ventures including Kourtney’s lifestyle site Poosh and Khloe’s hit show Revenge Body! Khloe, 35, has also been posting up a storm from her home gym lately, and showing off her slimmed down figure in various outfits. “The tips I would share to achieve a body like the Kardashians is…a lot what I do with them, which is multifunctional movement,” he continued. “Things where it’s a squat, all right, so we’re getting the basic resistance squat in, but we’re making it a cardiovascular movement also.”

As for how Don-A-Matrix got involved with the Kardashians, it turns out Kourtney was the connection! “I started working with Kourtney, 40, first, and her big thing, after [Mason‘s birth in 2009], was her arms, right, the back side of her arms, her triceps, and then also her stomach was two of the key points that we had to get down,” the trainer revealed. “And then Khloe started working out with us also. Again, she wanted her stomach to be flat, but hers more was her hips…and she wanted to show more of her butt, so we focused on that.”

Kim, 29, however, had different goals in mind. “Kim’s more of a perfectionist also,” Don shared. “She wanted everything what needed to be worked on, from her back to her arms, triceps, flat stomach, as well as her butt and her legs.”