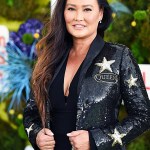 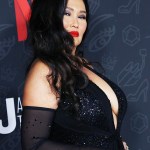 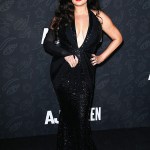 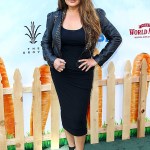 Call her Lady Danger! Tia Carrere breaks down her ‘damaged’ ‘AJ and the Queen’ character, and explains why she’s so fun to play, in our exclusive interview.

Tia Carrere is done playing nice. In AJ and the Queen, the actress, 53, doesn’t have to be a “polite, nice, pretty girl, the girlfriend, the whatever;” she gets to get a little sinister — and you bet she’s having tons of fun doing so. Tia spoke with HollywoodLife EXCLUSIVELY at the Los Angeles premiere of the new Netflix show, and she told us about all things Lady Danger, and the importance of getting to be bad once in awhile. AJ and the Queen follows a drag queen named Ruby Red (RuPaul), whose life savings are stolen by her no-good boyfriend (Josh Segarra). Dead broke, Ruby sets off on a cross-country drag tour, only to find out her pint-sized neighbor AJ (Izzy G.) stowed away in her RV. In the midst of the chaos that’s Ruby’s life, Tia’s character is there to make things a little more difficult.

“Well, I don’t like to think of [Lady Danger] as a villain,” Tia said of the former pageant queen turned con artist. “She’s more a business person who’s damaged and lacks a moral compass. So, she doesn’t think anything of taking whatever she believes she deserves in her twisted mind. And that makes her really dangerous.” Danger is her last name. The eye-patched businesswoman does her dirty work with glee, peddling cheap, toxic cosmetic fillers that mess with drag queens, including Ruby. “I am a cutthroat, nasty piece of work in this, and it was so much fun,” Tia said. “This is the kind of character I’ve always wanted to play, so I finally get to play her. Thank God for Michael Patrick King and RuPaul for creating this because this is a gift of a role for me.”

Tia, perhaps best known for playing Cassandra Wong in Wayne’s World, gushed about how “much fun” her AJ and the Queen role turned out to be. “It’s great to have a character that I get to play right where I am [in life] — my age, my life experience. Everything. And to have the turnaround on a scene where I get to wear a caftan and eat 20 Egg McMuffins while my male costar is worried about his abs and is on this super strict diet. I’m like [laughs]. It’s always usually the girl starving for the bikini, so I just loved it. It was so much fun.”

Since you’re obviously dying to know, we asked Tia about the possibility of another Wayne’s World movie, too. She’s so ready to rock again! “Oh, my God. We three, we’ll come out on our walkers and rockers. I’m down for it,” she said of herself, Mike Myers, and Dana Carvey. Fingers crossed!

AJ and the Queen is now streaming on Netflix.