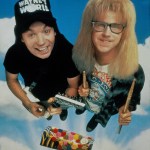 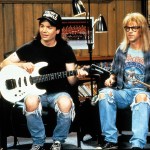 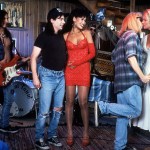 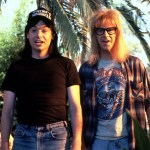 With some classic late 80s/early 90s comedies getting sequels two decades later, Tia Carrere tells us if fans will be able to party on with a ‘Wayne’s World 3’ alongside Mike Myers and Dana Carvey.

Who could have ever believed that 19 years after the last Bill and Ted film that stars Keanu Reeves, 55, and Alex Winter, 54, would actually do a third film in the series in 2020. But it’s happening! So what are the chances that another classic comedy from that era — Wayne’s World —  could be getting a third installment as well? HollywoodLife.com talked to stunning Tia Carrere about whether or not a Wayne’s World 3 with Mike Myers, 56, and Dana Carvey, 63, could ever happen. “Oh, my God. We three, we’ll come out on our walkers and rockers. I’m down for it,” the 53-year-old reveals.

There was actually a mini-Wayne’s World reunion at the 2019 Oscars when Mike and Dana came out to introduce Best Picture nominee Bohemian Rhapsody, a nod to the Queen song being beloved to their characters Wayne Campbell and Garth Algar. The guys proved they’ve still got it, as Mike in his best Wayne voice said, “We’re not worthy” and Dana as Garth proclaimed, “I think I’m gonna hurl.”

Tia even has an idea for Wayne’s World 3 2020’s plot, as the original came out in 1992 and the sequel released the following year in 1993. “That’d be funny since I’ve won a couple of Grammy’s for my Hawaiian music. They come to Hawaii, I’m wearing a muumuu. They’re like, ‘Put down those papayas. You got to rock again,'” she tells us. Tia isn’t kidding about the Grammys. She’s won the Best Hawaiian Music Album award twice for 2009’s Ikena and 2011’s Huana Ke Aloha. Even though we’re sure she could still kill it as Crucial Taunt’s lead singer and bassist Cassandra Wong from Wayne’s World.

As for the last time she spoke to her former co-stars, Tia tells us, “I talked to Dana recently, because his son is into film making. And I was thinking about sending my daughter to this film school, so we had a conversation. Mike, I saw him at the Oscar party last year, the night before the Oscar party. So it was great running into him again, but life gets busy. He’s in New York, I’m in LA.” Hey that’s just logistics! Mike and Dana proved they’ve still got what it takes to get into their Wayne and Garth characters, so if Tia’s down for it, the guys just have to make it happen.