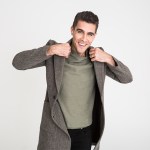 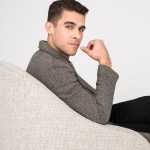 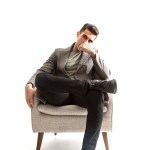 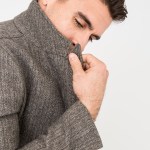 In the midst of ‘AJ & The Queen’s incredible reviews, actor Josh Segarra, who plays Hector, revealed to HL the importance of the story they’re telling.

RuPaul shows off his acting chops in his creation, alongside Michael Patrick King, in the new Netflix series AJ & The Queen. The 10-episode show follows RuPaul as the drag queen who goes by Ruby Red, whose dreams of opening up his own club are ruined when his boyfriend Hector (Josh Segarra) runs away with all of his money. Ruby Red embarks on an empowering journey in his RV, where he finds the 10-year-old daughter of his drug-addicted neighbor who decided to stow away on the trip. “You have this relationship between Ruby Red, who dresses as a woman, meeting his little friend, who is trying to hide the fact that she’s a little woman, and I love the conversation when he’s telling her, ‘You should be proud of who you are,’ but she comes from a situation that’s tough, and maybe she wants to hide from things that hurt her,” Josh Segarra told HollywoodLife in an EXCLUSIVE interview. “I can’t wait for somebody to turn on Netflix and wonder what this show’s about, and they watch it, and they realize that what we’re talking about is people being confident in who they are.”

Josh’s character of Hector turns out to be a handsome but dark and brooding con-artist who completely breaks Ruby Red’s heart. “I like to act like a super villain, and when you’re in that head space where you just go as crazy as you can, and the only way to do that is to feel vulnerable and to jump into the pool, right? Then you come back out and you hope we made something special there,” he continued. “I think that’s what we did with this one. There’s really special stuff, and I think really great conversations are going to come. Whether it be somebody telling somebody how much they love them, and how much they support them.”

In addition to AJ & The Queen, Josh is also gearing up to start filming The Other Two season 2, in which he plays Lance, the dopey on-again off-again boyfriend of Brooke (Helene York). “I think Lance and Brookie-Monster are going to have a fun go of it, trying to figure out how to remain apart,” he teased for the upcoming season. “I think that they’re like two magnets, those two. They just love each other too much. I’m sure that she hates that Lance knows her so well, and I’m sure that Lance hates that Brooke knows him so well. But he loves the family.”

Be sure to stream AJ & The Queen currently on Netflix now, and stay tuned for season 2 of The Other Two on Comedy Central!