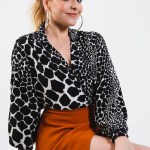 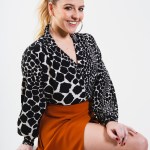 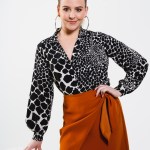 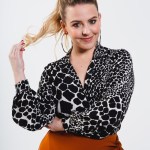 Heléne Yorke is at the center of ‘The Other Two’ with her comedic portrayal as a big sister to Chase, who becomes an overnight sensation, leaving his siblings looking like failures. Heléne talks to HL about the new show!

From the brilliant brains of SNL alums Chris Kelly and Sarah Schneider, Comedy Central‘s The Other Two has quickly become a fan-favorite just weeks into its first season. Following Heléne Yorke as Brooke and Drew Tarver as her brother, Cary, the New York City-based siblings’ lives appear to be spiraling out of control as their little brother, Chase, reaches instant stardom after going viral on YouTube. With Molly Shannon as their overly excited and new-to-fame mother, this show was obviously bound to be a hit! “If audiences are like me and you’re a big fan of things Killing Eve or Sharp Objects, or true crime in any way, I just think balance in what you consume in life is so important and I think that we have a show that’s funny and fun and deeply relatable,” Heléne explained in an EXCLUSIVE interview with HollywoodLife.com.

“Every day you go through stuff that you’re thinking, ‘Oh, Jesus Christ,’ I’m the first person to ever experience heartbreak or get fired from a job or break up with a friend or anything… If you can go home and entertainment can be your way to escape, all of our episodes take place at sometimes really big event,” she continued. “It’s a way you can take a vacation from your own broken brain.” We all know we need some of that, especially with this news cycle.

Throughout the season of The Other Two, Brooke has endured a difficult break-up, is squatting in apartments and as much as she wants to reject Chase’s newfound fame, she also embraces it, sometimes for personal gain. “She had an expectation of what her life was going to be and she had it turned on its head. Brooke breaks her ankle thinking she’s going to become a ballet dancer, and has this idea that she’s really above it all,” Heléne revealed. “It leads her places that she didn’t expect and I really relate to that. I think that we have all these visions in our head of who we’re going to be, what we’re going to be, how we’re going to catapult there and it always ends up being different or better.”

The Other Two is on Comedy Central, Thursdays at 10 PM ET!