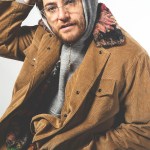 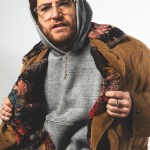 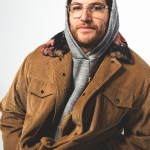 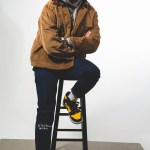 Adam Pally’s hysterical show ‘Champaign ILL’ was brought to life on YouTube & has already received rave reviews. The comedian spoke to HL about what it meant to him to star in the light-hearted and fun series.

Adam Pally has been a highlight of comedic relief in so many of our favorite shows, from The Mindy Project to The President Show. Now, the funny man is taking his creative talents to YouTube, as his new show, Champaign ILL comes to life on the YouTube Premium streaming service. While so much comedy, like SNL and the late night shows, feature a political spin, Adam admitted the new series was a nice break from the news cycle. “This has nothing to do with politics, this is just about good, fun comedy,” he explained in an EXCLUSIVE interview with HollywoodLife.com. “I think it’s hard right now. I have a problem with it. My career, especially with creating The President Show and producing that, my career and Making History, my career has been politically driven. I definitely have put my eggs in a basket, so it was nice to be independent of that.”

Adam added, “I think that it’s nice sometimes to just take a break and watch a bunch of fun stuff.” The show stars Adam and Sam Richardson as “crew members” in a rapper’s entourage, who ends up dying in a freak accident. Champaign ILL explores life after the death of your entourage leader. “I think we were just trying to look at these entourages, even some of the entourages in terms of the pop acts. There’s so much in that ecosystem that all depends on this one star, and if the star burns out that whole ecosystem dies and they have to kind of pick up the pieces and go somewhere else,” he explained. Adam revealed that he and the show’s creators looked to stars like Drake, Chance the Rapper and even Michael Jackson when they explored the culture of “entourages.” “You have to wonder, even with Mac Miller — for every time a star dies, there are other careers that now have to readjust. There’s managers. There’s agents. And then there’s people who make his merch, and there’s his buddies who start his weed company. It’s all a devastation, you know?”

In the show, Jay Pharoah plays the late rapper Lou, and even released a song associated with his character called “Jet Lag,” which is available to stream now on YouTube Music. Be sure to watch Champaign ILL now on YouTube Premium!