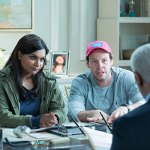 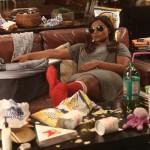 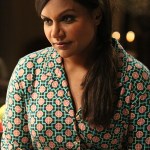 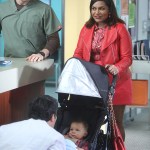 Do they or don’t they? ‘The Mindy Project’ just said it’s final goodbye, but the one thing fans are wondering is if Mindy and Danny really were endgame. Spoilers ahead!

If you haven’t watched the series finale of The Mindy Project on Hulu and don’t want to be spoiled, you should probably stop reading right now. Seriously, last chance! Alright, Mindy and Danny shippers, are you sitting down? Because the answer to the question is yes — Mindy Lahiri (Mindy Kaling) and Danny Castellano (Chris Messina) ended up together! After six seasons of a baby, an engagement, and lots of back-and-forth, Mindy and Danny chose each other in the series finale. Of course their happily ever after didn’t come without a few laughs because, duh, it’s The Mindy Project after all.

So, here’s what happened: Danny returned in season six because his mom, Annette (Rhea Perlman), was diagnosed with breast cancer. Mindy helped take care of Annette throughout the season, which triggered something inside Danny: regret. Danny even admitted that he was wrong to break up their family back in season three after Mindy refused to be a stay at home mom with their baby. “You’ve helped so many people, and it hasn’t affected you as a mom,” he told her. “I didn’t see it back then, but I was wrong.” Yup, you sure were! Later, when Mindy was giving the toast at Morgan (Ike Barinholtz) and Tamra’s (Xosha Roquemore) wedding she came to the realization that she, too, wanted Danny back. In true rom-com fashion Mindy bolts out of the wedding and rushes to the hospital where Danny’s mom just had a mastectomy, but he’s oblivious to her gesture. Mindy leaves, defeated, and Danny’s mom slaps some much needed sense into him.

Once Danny realizes what’s happening, he rushes after Mindy and finds her with her arm stuck in a vending machine. Classic Mindy. He helps her out, then asks her what she came there to tell him. “I don’t know. This is dumb,” he said with a pause. “But I thought maybe you’d say that — you love me again? And that you want to try to make things work?” After a little back and forth, Mindy finally tells Danny the truth: “I wasn’t going to say that I loved you again. I was going to say that I never stopped loving you. And I don’t think I ever will.” And they lived happily ever after…. the end!

Tell us, HollywoodLifers — What did YOU think of The Mindy Project series finale? Are YOU happy Mindy and Danny ended up together? Comment below, let us know!