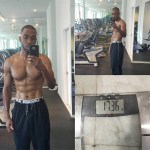 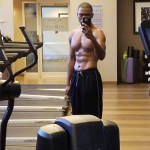 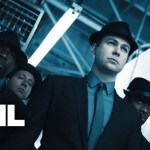 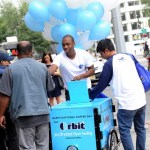 Whoa, Jay Pharoah! The former ‘SNL’ player and upcoming star of ‘White Famous’ revealed an impressive 40 lb. weight loss on Instagram on September 12. And Jay’s carrying a six pack, too! Click through to see the pic!

We should all be congratulating Jay Pharoah! The master of impressions, 28, has been working his butt off, literally, and lost a seriously impressive 40 pounds in just a year. On top of that, he built so much muscle that he now has a completely defined six pack that we can’t stop staring at. He proudly showed off the results on Instagram:

“One more week till we shoot and I ain’t been this weight since I was 12!!! 😂😂😂😂 #whitefamous #gymlife,” Jay captioned a collage he vidstiched on September 12, showing his ripped shirtless self from the front and side at the gym, and a scale that reads 173.6 pounds. Good for him! Just a week prior, Jay posted an already incredible gym selfie, showing a body that anyone would aspire to having. But he just hadn’t hit his goal yet: “Hard work no days off!!! We film “White famous” in two weeks #Spartan #gymlife #core #planks” Jay’s been documenting his progress on Instagram for the past year, and his hard work has definitely paid off.

Jay’s getting ready to film his first high-profile project after being let go from Saturday Night Live in August 2016. His new half-hour comedy for Showtime, White Famous, follows a talented African-American comedian on the rise named Floyd Mooney (played by Jay), who’s trying to keep his credibility as he hits the mainstream, or rather, becomes “white famous.” We’re definitely watching.

HollywoodLifers, are you impressed by Jay’s weight loss? Tell us in the comments!