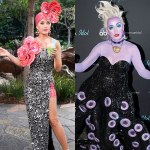 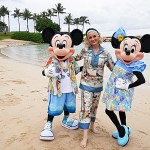 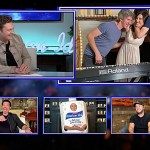 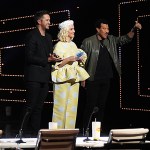 There are many ways to get into the Christmas spirit, and for Katy Perry, getting a massage from a reindeer is one of them. She lives out her full Mrs. Claus fantasy in the holiday-themed video for ‘Cozy Little Christmas.’

Forget “Santa Baby,” “Back Door Santa,” and I’ve Got Some Presents for Santa,” because Katy Perry has a brand new Christmas jingle-single with a bit of spice. Actually, “Cozy Little Christmas” has been around for a while, as it was originally released as an Amazon Original in 2018. However, since it’s the season of giving, the track is now available on all digital streaming platforms. That’s not all — Katy has just released the song’s music video! Oh, it’s a bountiful visual that will give you all the Rankin/Bass feels as you watch Katy portray Mrs. Santa, one who’s ready to spend some time with the fat jolly man.

“So, Mr. Santa / Take the day off / Get a massage / ‘Cause we’ve got this one all under control / A little whiskey / We’re getting frisky (Ooh!) / And slow dancing to Nat King Cole,” sings Katy when she and Santa Claus have stripped down to get a full-body massage from a pair of flying reindeer (Prancer and Dancer seem like they would know how to get those pesky knots out, right?) Earlier in the video, versions of those stop-motion specials (Rudolph the Red Nose Reindeer, Frosty The Snowman, A Year Without a Santa Claus, etc.) pop in to help Katy and Santa have a low-key Christmas.

“I don’t need diamonds, no sparkly things / ‘Cause you can’t buy this a-feeling / Nothing lights my fire or wraps me up, baby, like you do / Just want a cozy, a cozy little Christmas here with you,” sings Katy. She also gets a chance to live out her full Dita Von Teese fantasy by emerging from a glass full of eggnog while covered in candy cane stripes and sparkly diamonds.

“Cozy Little Christmas” was co-written and co-produced by Greg Wells. This video seemingly caps off a grand year for Katy. She partnered with Zedd for “365,” worked with Daddy Yankee and Snow for the remix of “Con Calma” and released three solo songs: “Harleys in Hawaii,” “Small Talk,” and the gold-certified hit, “Never Really Over.”

It seems Katy’s sixth studio album is on the way, perhaps in 2020? The following year might be Katy’s biggest yet. In addition to a possible new album, she and fiancée Orlando Bloom, 42, might jaunt off somewhere to get hitched. The two are “looking to have a small intimate wedding with very close family and friends and most importantly, have it be fun,” a source told HollywoodLife. That means that by the time December 2020 rolls around, Katy will be playing “Mrs. Claus” to her brand new hubby, Orlando. Talk about a “Cozy Little Christmas.”