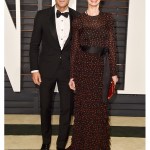 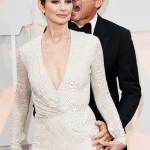 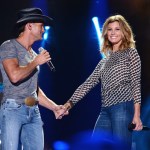 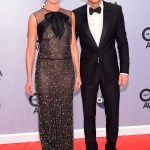 Age is nothing but a number! Just ask Tim McGraw, who is in the best shape of his life at 52 years old — and proving it by showing off his RIPPED muscles in a new Instagram pic.

In Tim McGraw’s new book, Grit & Grace, he details the physical and mental transformation that he went through after realizing his health was not in a good place ten years ago. The book came out on Oct. 21, and Tim has been promoting it on social media in the days since. However, one recent post from Oct. 27 shows the incredible shape that Tim is really in at 52 years old. In the pic, he’s wearing a gray Adidas tank top, which puts his bulging arm muscles on full display. His abs can even be seen through the thin fabric of his top! It appears that the photo was taken after a workout, as Tim’s shirt is drenched in sweat and his skin is glistening.

“My whole life, I’ve lived according to one key value,” Tim captioned the pic. “I guess I’ve done so from an early age, when I wanted so fiercely to get beyond my circumstances. That value is, be ready. Be primed for opportunity when it shows up, because it will come once, it will move on quick, and if you’re not ready to make the shot, your whole destiny can change in a heartbeat. Miss that moment, and you’ll live the rest of your life wondering just how much of your potential never played out. That’s when I decided to go from being in good shape to being in the best shape of my life.”

In a second post, Tim explained that his decision to come out of his “slump” came when he turned 40 years old. However, it took until he was 45 to “hit full stride,” he admitted. “Now, at fifty-two, it’s coming together quite nicely.” He also said that the improvement of his physical health has helped his life in general. “Moving daily and exercising regularly set off a ripple effect, improving the way I eat, sleep, relate to others and show up both personally and professionally,” he wrote. “It made me a better person to be around.”

Focusing on my physical health hasn’t just made my body healthier, it’s made me healthier at every level. Moving daily and exercising regularly was a pebble that set off a ripple effect, improving the way I eat, sleep, relate to others, and show up both personally and professionally. It made me a better person to be around. #GritandGrace

While Tim seems to have made most of these changes for himself, he also has a lot of other people depending on him to be in good health. Of course, there’s Faith Hill, his wife of 23 year, as well as the pair’s three daughters, Gracie, 22, Maggie, 21, and Audrey, 17. Oh, and his thousands of fans, too!