Sisters Sofia and Nicole Richie don’t exactly see eye to eye when it comes to Sofia’s future. While the two are not feuding, Nicole, 37, is a bit weary of how fast Sofia, 21, and boyfriend, Scott Disick, 36, are moving, especially since he is 15 years her senior. “Nicole and Sofia’s relationship has definitely become strained as Sofia’s relationship with Scott has grown more serious,” a source tells HollywoodLife, exclusively. “Nicole was concerned when Scott and Sofia first started dating, but she didn’t really think they would last or become as serious as they have,” the insider explains, adding that Nicole doesn’t want Sofia to skip over her younger years just because she’s dating an older man.

“Nicole knows how mature Sofia is and that she can handle herself like an adult, but at the same time she’s also her baby sister and sees her as so young with a bright future ahead of her,” the source says, explaining, that Nicole worries about Sofia rushing into something at her age. “She should be focused on her career and herself — not on a relationship with a man that already has three kids.”

Nicole, whose party years were documented alongside Paris Hilton, 38, on the 2003 reality show, The Simple Life, just wants her little sister to think before rushing into anything so serious. “Nicole feels like Sofia’s too young to play stepmom at this point in her life,” the insider admits. Scott shares three children — Mason, 9, Penelope, 7, and Reign, 4 — with ex-girlfriend Kourtney Kardashian, 40. 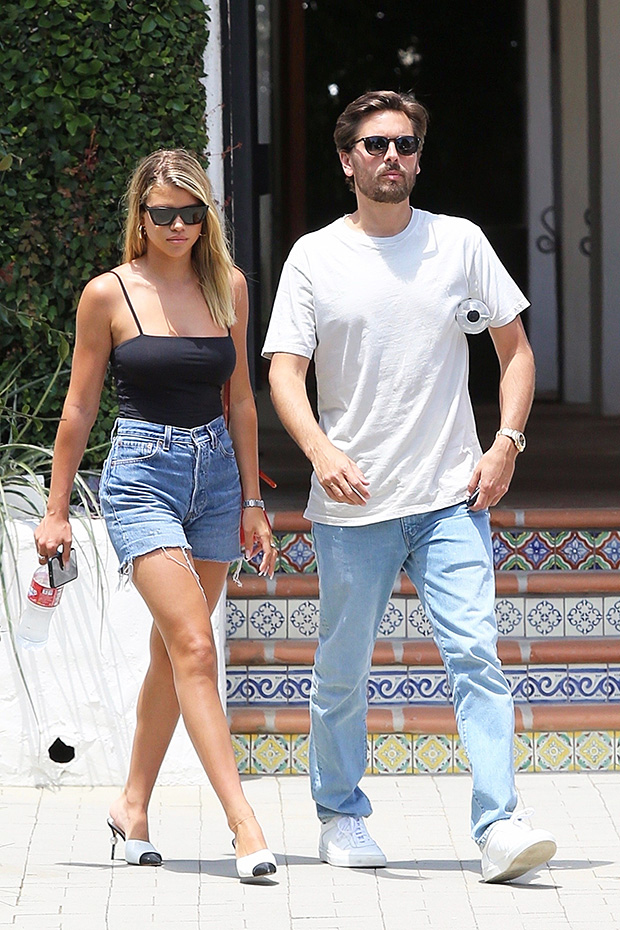 Sofia Richie and Scott Disick out and about. (Photo credit: BACKGRID)

“Kourtney being Scott’s ex has nothing to do with why Nicole feels the way she does about Sofia’s relationship with him,” the insider notes, adding that Nicole just wants what’s best for Sofia. “She will never stop caring or worrying about the choices Sofia makes. Nicole and Sofia still talk on occasion, but their relationship is definitely not as strong as it used to be because Sofia lives with Scott and spends all her time with him.”

Things have been dicey between the two sisters because Nicole’s opinions could come off as passive to Sofia. However, that’s not the case. “She doesn’t want to ruin her happiness with Scott — Nicole wants her to be careful because Scott is Sofia’s first real love and that makes a heart and can break a heart,” the source explains. “Nicole will always be there for her sister and she also wants to be like a Mom-figure a little bit,” the insider says, adding, “Nicole would love nothing more than to have a solid relationship with her sister, and she is working on that day by day.”

Sofia and Scott, who began dating in May 2017, just spent the weekend in Las Vegas to celebrate the model’s 21st birthday. The festivities started at the lavish Wynn Resort, before Sofia and friends headed to a day party at Encore Beach Club. The celebrations eventually moved into the night with dinner and dancing. As for Scott’s present to Sofia for her big milestone birthday? — A luxury Aston Martin black car with orange interior and wood detailing. No big deal.