Turns out, Lionel Richie, 68, isn’t the only family member who’s not on board with Sofia Richie, 19, and Scott Disick‘s, 34, relationship. Sofia’s big sister, Nicole Richie, 36, is not a fan at all of their “unhealthy” romance, and she’s apparently been pleading with her sis to break up with the reality star — before things go too far. Being a mom herself, Nicole is especially concerned about Scott and Kourtney Kardashian‘s, 38, kids, as Sofia has recently been spending time with them. For the fashion designer, that’s a major red flag! Click here to see adorable pics of Kourtney and Scott’s three children.

“Nicole has reached out to her sister Sofia, pleading with her to end her unhealthy relationship with Scott,” a source close to Nicole shared with HollywoodLife.com EXCLUSIVELY. “Nicole worries that Scott and his bad-boy ways, are a bad influence on her much younger little sister. Nicole thinks Scott is way too old for Sofia and Nicole freaked out when she learned that Sofia has been hanging out with Scott’s kids too.” While at first, Nicole thought their relationship was just a phase, she’s starting to see now that it’s much more serious than that, and she feels responsibility to take action.
“Nicole never thought Sofia and Scott would last very long,” our insider explained. “Now that Sofia is spending time with the family, Nicole fears that things between them are becoming far more serious than she or Lionel ever imagined they could become for Scott and Sofia.” We don’t blame Nicole for worrying either, after all, Scott and Sofia have seemed attached at a the hip for months now. 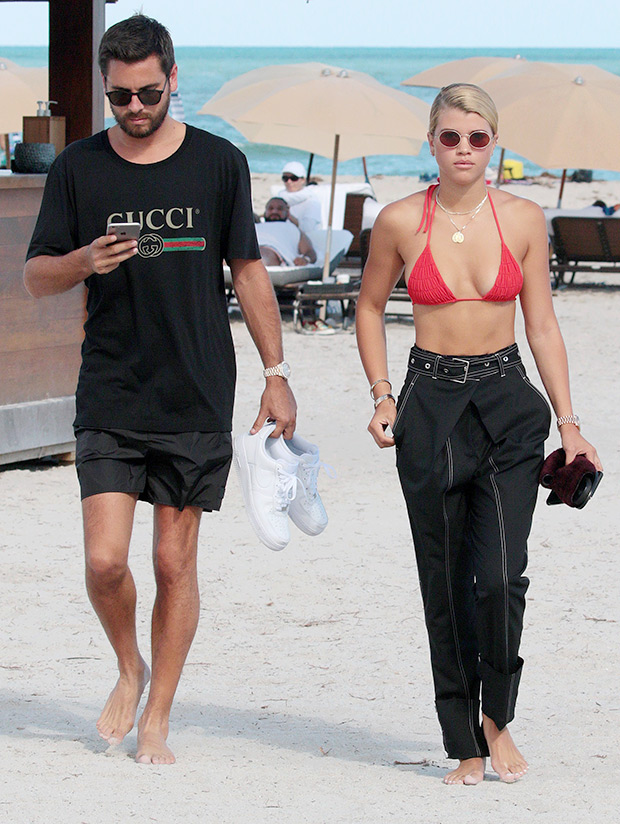 “Both Lionel and Nicole thought Scott was merely a brief phase Sofia would quickly grow out of,” the source continued. “Being a mom herself, Nicole knows how attached kids can become to parental type figures. So Nicole is pleading with Sofia to get out of the relationship before Scott’s kids become too involved in her life and things get more complicated.”

As HollywoodLife.com reported back in January, when Mason, 8; Penelope, 5; and Reign, 3, met Sofia, they liked her, and have since gotten even more comfortable having her around. Kourtney, however, doesn’t want the 19-year-old anywhere near her children! Similar to Nicole, Kourtney doesn’t want her little ones becoming too attached.

“Kourtney does not believe Sofia and Scott will stay together long-term and so she asked Sofia to respectfully back off from spending so much time with her children,” a Kardashian insider shared with us EXCLUSIVELY. “Kourtney does not like the influence Sofia has over the kids and she does not want the kids getting attached to someone that Kourtney feels will not be around or a part of their lives for very long,”