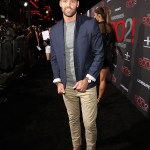 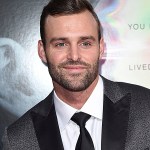 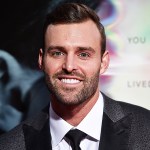 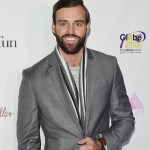 After Lindsie Chrisley accused her father of threatening her, Todd Chrisley claimed she had a ‘sex tape’ with Robby Hayes. Now, the ‘Bachelorette’ star has finally responded to the allegation!

“We did not make a sex tape,” Robby Hayes, 30, said on the Aug. 21 episode of the Bleav in Housewives and Vanderpump podcast. The Bachelorette/Bachelor In Paradise star spoke out for the first time since Todd Chrisley, 50, claimed his daughter, Lindsie Chrisley, 29, cheated on her husband, Will Campbell, with Robby and Josh Murray, 35. “I’m not sitting there with a camera aimed down and trying to get the angles,” said Robby. “Like, we got caught on the security camera, basically. It was a puppy camera in her friend’s living room, the couch we crashed on. So, you know, no consent from either end, which kind of debunks the whole thing.”

“We’re in the middle of dealing with it. … I was just talking with her this past weekend in Atlanta, two days ago,” he added. The Bachelorette alums were dragged into the Chrisley family feud after Todd responded to the accusations he threatened to release a sex tape featuring his estranged daughter. “It’s heartbreaking and shameful that these kinds of accusations have to be aired in public. We have tried to keep Lindsie’s extramarital relationships with Robby Hayes and Josh Murray private for her sake since August of 2016,” he said.

“Sadly, for reasons we can only guess at, she ran to the sheriff’s office to accuse her brother of buying a sex tape of her and Robby, which was a complete lie, and now she’s telling more lies about me,” Todd added. Lindsie, in her police report, stated there was “an ongoing issue with her family threatening and harassing her,” and claimed her “father and stepbrother [Chase Chrisley] wanted her to lie about an incident.” If she refused, “they were going to release the sex tape.”

Lindsie reportedly filed for divorce in August 2016 after four years of marriage. “He was my first love. We got together when we were 19 years old, and over time, we grew separately in different directions instead of together,” she told PEOPLE at the time. “I feel like I’ve become more independent, I’ve come more into myself, I’m more confident with myself, and I just don’t feel that relationship gives me what I need anymore. I’ve outgrown the relationship.” Clearly, she grew back into the relationship, as the couple reconciled and she withdrew the divorce papers in 2018.

This Chrisley family drama broke out after Todd and wife, Julie Chrisley, 46, were indicted on 12 counts of tax evasion and wire fraud.