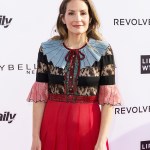 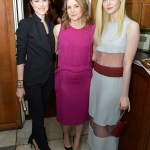 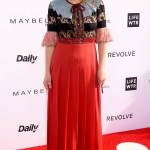 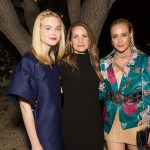 Amber Heard alleged that Johnny Depp had given two black eyes during an argument, a claim her stylist, Samantha McMillen, disputed! As the former couple’s legal battle rages on, get the details on Samantha.

Samantha McMillen found herself caught in the middle of Johnny Depp’s defamation lawsuit against his former wife, Amber Heard, 33, after she refuted Amber’s claims that Johnny, 55, gave her two black eyes during an argument on Dec. 15, 2015. “I saw her throughout the day of December 16, 2015, in good light, at close range, wearing no makeup,” she testified. “I could see clearly that Amber Heard did not have any visible marks, bruises, cuts, or injuries to her face or any other part of her body.”

Samantha, who has styled Amber since 2014 (and has had Johnny as a client for even longer), might have given Johnny a significant weapon in his $50 million lawsuit against his ex. As the war between these two continues, here’s what you should know about the stylist at the center of the latest development.

1. She has worked with a litany of your favorite stars. Since launching her career in styling in 2001, Samantha has worked with such stars as Johnny, Amber, Ryan Gosling, Chris Hemsworth, Chris Rock, Brie Larson, Elle and Dakota Fanning. She works with both men and women – and she can make anyone look good!

2. Samantha began her career…in public relations? As an example that it’s not where you start your journey, but where you end, Samantha’s fashion career began not in the workroom, but in the front office. She started her career by working in Public Relations for designers Richard Tyler and Giorgio Armani. After transitioning to styling, her career took off. In addition to styling some of the biggest stars in the world, she has collaborated with brands like Tiffany & Co, Hugo Boss, Gucci, Jimmy Choo, Dior, and L’Oreal. Her work has also been featured in GQ, Vanity Fair, Glamour, Instyle, L’uomo Vogue, Men’s Journal, Rolling Stone, and Men’s Fitness.

3. She knew she wanted to be in the fashion industry when she was little. “I was always interested in fashion,” she told The Daily Front Row in 2017. “When I was a kid, my treat for doing housework was to pick out clothes to be made for my Barbies. My goal was to be a fashion editor, because that’s all I knew that existed in the world of fashion, other than being a designer or working in a store. Once I realized that styling existed, I thought maybe I’d be good at it.”

4. Her favorite red carpet moment is probably not what you’d ever think. After styling such celebs like Evan Rachel Wood, Brie Larson and Dakota Fanning, Samantha says her favorite moment on the red carpet came by styling a character whose exists to mock the fashion world. “Years ago, I did Ben Stiller for the Zoolander tour,” she said, “so I was doing both Ben and [his character] Derek. I had to style one human and two personalities with two takes on fashion. That had me on my toes!”

“Mark Ruffalo and Chris Hemsworth are in the same films a lot, so it’s always fun to express two different people on the same red carpet,” she added.

5. Her allegiance to Johnny wasn’t the first time she stood by a controversial figure. Designers Domenico Dolce and Stefano Gabbana came under fire in 2015 after saying children conceived via insemination, a method used by both same-sex and heterosexual children as “synthetic.” Stefano said that “the only family is the traditional one,” while his business partner (and former lover) added that, “Life has its natural course, there are things that must not be changed. And one of these is the family.”

Elton John led the calls for a boycott following these comments, saying it was “archaic thinking” that was “out of step with the times.” While many ditched Dolce & Gabbana, others continued to wear the brand. Samantha said that she loved the clothing, but the comments put her in a “weird place.”

“I don’t really know what to do at the moment,” she said, adding that she generally believes in second chances, according to Page Six. “I’ll respect whatever my clients want to do.”