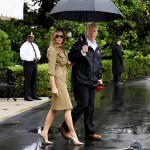 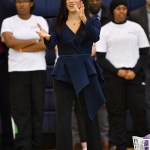 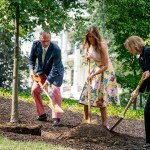 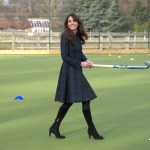 Wearing heels while gardening? While playing sports?? Some celebs will never take off their heels, and we have the pics to prove it. See them here!

Practicality be damned; sometimes celebrities just want to wear heels wherever they go! That’s why you see divas like Mariah Carey flexing in sky-high pumps in the gym, or models like Brooklyn Decker strolling in the sand at the beach in wedges. Sometimes, though, it’s a requirement for being in the public eye. Take royal sisters-in-law Kate Middleton and Meghan Markle! Kate’s the OG of wearing heels literally everywhere, and since she’s become the Duchess of Sussex, Meghan’s followed suit.

We were totally in awe when Meghan showed off her sporting skills on September 24 wearing towering heels. While she and husband Prince Harry attended the Coach Core Awards at Loughborough University, Meghan took a chance to toss the basketball around, and managed to stay upright in her designer pumps. What a pro! Kate has a habit of dominating during sports in the most impractical of outfits. The Duchess of Cambridge played field hockey with kids at St. Andrew’s school in 2012, and gave them a run for their money in heeled boots and a dress! Now that’s talent.

Then there’s Melania Trump. The FLOTUS is always in five-inch heels, but she’s not usually commended for it. Recently, she was seen gardening on the White House lawn in her Louboutins. And we mean getting down and dirty in the garden, planting a tree — not just watering some flowers. It’s actually pretty impressive that she managed to get out of there alive, and not trapped forever with her heels stuck in the soil! Never forget her “disaster heels,” either. She was criticized for visiting victims of Hurricane Harvey in her pumps, and later flood victims in Louisiana. Not her best sartorial moment!

For more pics of your favorite celebs wearing heels where they really shouldn’t, like Gigi Hadid, Bryce Dallas Howard, and even Caitlyn Jenner, scroll through our gallery above! These pics are too crazy to believe!