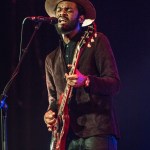 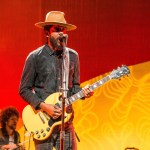 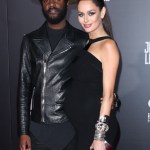 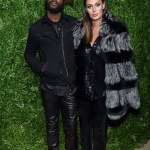 Gary Clark Jr. is making his ‘Saturday Night Live’ debut on Feb. 16! Here’s what you should know about the performer, known for his fusion of blues, rock, and soul music.

It’s the ultimate honor: an invite to perform on Saturday Night Live! Blues musician Gary Clark Jr. is hitting the SNL stage for the first time on Feb. 16, and it’s perfect timing. Why? Well, because he’s got new music to play! The singer-songwriter released a new track, “This Land,” on Jan. 10, and it’s a powerful, politically-charged anthem. Plus, his forthcoming album, of the same title, is due out on March 1, 2019! As if that wasn’t enough excitement for fans, he just announced a massive 2019 tour. Clearly, Gary is bringing blues back to the mainstream. Here’s what you need to know about the SNL performer!

1. His work spans multiple genres. Gary, 34, combines blues, rock, soul music, and hip hop for one unique sound. He’s released four studio albums, with his last being The Story of Sonny Boy Slim in 2015. He won a Grammy in 2014 for Best Traditional R&B performance for his song “Please Come Home.”

2. He’s performed alongside some of music’s biggest stars. Gary has shared the stage with Eric Clapton, B. B. King, the Rolling Stones, and more. Gary also performs the guitar solo on Childish Gambino’s song “The Night Me and Your Mama Met” from his album Awaken.

3. His work has been featured in movies and TV! Gary and his band played in an episode of Friday Night Lights in 2010. His songs were also featured in movies like Trouble with the Curve and Deepwater Horizon. Gary has dabbled in acting. He starred in the 2007 film, Honeydripper.

4. When he performed at Eric Clapton’s Crossroads Festival in 2010, he was completely broke. “It was just really humbling to him that he was onstage with so many of his idols and he said, ‘Mom, I didn’t have a dime in my pocket,’” his mom Sandi Clark said. After that performance, Gary’s life changed forever. In addition to his music career, Gary married his longtime girlfriend Nicole Trunfio in 2016. They have two children together.

5. Michael Jackson inspired him to become a musician. Gary knew that he would have a career in music after seeing Michael perform at a Denver concert when he was four years old, Gary writes on his official website. Gary has become a legend in his own right and has fans such as Barack Obama, Keith Richards, Alicia Keys, and Beyoncé.