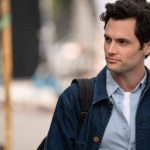 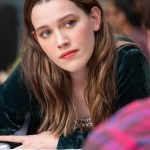 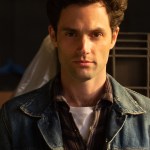 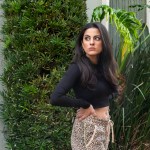 And a baby makes… ‘You’ season 3! ‘You’ is returning for a third season very soon, and  HollywoodLife is keeping you informed with the latest updates about the new cast members, Joe’s new neighbor, and more.

All of your burning You season 2 questions are about to be answered because You season 3 is just weeks away. For almost 2 years, fans have been wondering: who is Joe’s neighbor? What’s next for Joe and Love? Is Joe done with killing people? Is Love?

You season 3 is one of fall TV’s most highly-anticipated series. A number of new cast members will be coming into Joe’s life, including Joe’s mysterious new neighbor. Plus, author Caroline Kepnes has another book on the way. HollywoodLife has all the updates about a premiere date, the cast, and more.

Netflix announced on August 30 that You season 3 would premiere on October 15. The streaming service also released a teaser announcing the release date. The teaser didn’t feature any new footage but did reveal the name of Joe and Love’s baby.

“People these days will name their kids anything to get attention,” Joe says in the teaser. “Despite your mother’s background and your Glam-ma’s determination to refer to you Forty reincarnated, I know better. A boy is not what we expected, and I would be lying if I said the thought of mini-me was purely exciting and not without challenges. Let’s just say I’m hoping you’ll do as I say, not as I do.”

He continues, “But for you, I can change. I’ll be a man you look up to. A man you will be proud to call dad. So, what to call you? A name that’s strong but not intimidating. Classic but not basic. Literary, of course, because you’ll grow up in a house full of books. Henry. Choosing your name is the first of a lifetime of decisions I’ll make to give you the best life possible to protect you, to shape who you’ll become. Who are you going to be, Henry?”

We recommend you stay at least 6 feet from Joe Goldberg at all times. YOU S3 is back in production. pic.twitter.com/d7AifniC99

Netflix announced that the show had started filming season 3 on Nov. 2, 2020. You’s official social media account posted a photo of Penn Badgley wearing a You mask and wrote, “We recommend you stay at least 6 feet from Joe Goldberg at all times. YOU S3 is back in production.”

Penn is obviously back as the one and only Joe Goldberg. He will be joined by Victoria Pedretti, who plays Love. At the end of season 2, Love was pregnant with Joe’s baby, and they had moved to the suburbs.

Saffron Burrows, who plays Love’s mom, Dottie, will be returning in season 3. She’ll be a series regular this time around. As for Jenna Ortega’s Ellie, she supposedly started a new life in Florida after Joe told her that Delilah wasn’t coming back. However, many fans think Ellie could come back in season 3. Nothing has been announced about Ellie… yet.

In the final moments of the season 2 finale, Joe became entranced when he caught a glimpse of his new neighbor. “This is just the beginning. Because this is where I had to be, exactly where I had to be, to meet you,” Joe said about his neighbor. “There you were with your books and your sunshine. So close but worlds away. I will figure out a way, a way to get to you. See you soon, neighbor.”

While many believed the neighbor would end up being Joe’s long-lost mother, it doesn’t appear that will be the case. The Vampire Diaries and One Tree Hill alum Michaela McManus will play Natalie, Joe’s next-door neighbor and the “subject of his growing fascination.” Netflix revealed Natalie is a “professional and social success” and “married to a powerful man.” However, Natalie “sees through the shallow, Stepford-esque vibe that surrounds her, and beneath her wry exterior, she leads a secret life. One that Joe is willing to work hard to learn more about.”

There are a number of new cast members joining You in season 3. Scott Speedman was among the first new additions to the show. He’ll play Matthew, a wealthy CEO, husband, and “uncommunicative” father. Matthew is “reserved, at times mysterious, and has a tendency to be withdrawn, all of which masks a deep well of emotion underneath.”

Shalita Grant will play Sherry, a “Mom-fluencer” who appears down to earth, but is actually a mean girl who only pretends to welcome Love into her social circle. Travis VanWinkle will play the wealthy Cary, who invites Joe into his inner circle.

Dylan Arnold will play Theo, a college student with a strained and complicated relationship with his stepfather. Theo is wise and perceptive, but vulnerable and troubled, with a propensity to get tangled up in his loved ones’ problems and to drown his own in controlled substances and dangerous behavior.

Tati Gabrielle, who notably played Prudence in Chilling Adventures of Sabrina, will play Marienne, a no-nonsense librarian who doesn’t let much get by her. Beneath her buttoned-up exterior, Marienne is hiding personal struggles that continue to set her back.

Ben Mehl plays Dante, a librarian who retains his wit and equanimity no matter what the day brings. A veteran whose eyesight was damaged, Dante is a dedicated family man with a husband and two stepchildren who wants to expand his family and delights in helping his friends with their children.

The show’s second season was based on Caroline Kepnes’s book Hidden Bodies. Her third Joe Goldberg book, the third book in the You series, will be released on April 6, 2021. The book is titled You Love Me.

The third book will follow Joe as he moves to a “cozy island in the Pacific Northwest,” according to the book’s official description. He’s “done” with Love apparently and gets a job at the local library on the island where he meets librarian Mary Kay DiMarco. He becomes determined to win her the “old-fashioned way” and “begin their happily ever after in this sleepy town.” However, it’s not as simple as Joe thinks. Mary Kay is already has a life. Let the drama begin!