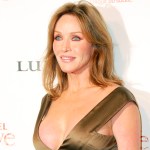 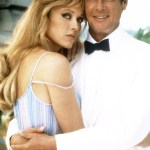 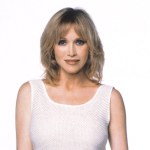 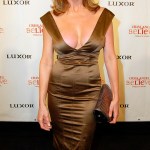 After much confusion about her condition, ‘That 70s Show’ star Tanya Roberts has been confirmed dead by her longtime partner. Here’s five things you should know about the actress.

UPDATE (1/5/21 1:20pm ET): Lance O’Brien confirmed on January 5 that Tanya Roberts passed away the night prior. Lance told TMZ that one of his longtime partner’s doctors called him on January 4, shortly after 9:00pm PT to break the terrible news. Her death came just one day after it was erroneously reported by Tanya’s publicist that she had already passed away.

UPDATE (1/4/21 7:55pm ET): Tanya Roberts‘ parter Lance O’Brien claims he thought Tanya had died after she closed her eyes and “faded” on Jan. 3. He told TMZ that he got a call from the hospital staff saying the actress was ‘fading fast” and that her death was near. He told the site that she opened her eyes and tried to grab him, but closed them again and he presumed she had died, despite not asking any medical staff on hand if in fact she had passed away or was merely asleep. Mike Pingel told the site that Lance called him from the hospital and informed him “She died in my arms.”

ORIGINAL: It’s a 2021 miracle! On Jan. 3 it was reported that former That 70s Show star Tanya Roberts had passed away at age 65, after collapsing at her home on Christmas Eve and being hospitalized at Cedars Sinai Medical Center in L.A. ever since. Apparently her husband Lance O’Brien truly believed Tanya had died, telling TMZ on Jan. 3, “As I held her in her last moments, she opened her eyes.” Her rep Mike Pingel told The Hollywood Reporter: “I’m devastated. She was brilliant and beautiful and I feel like a light has been taken away. She was the sweetest person you’d ever meet and had a huge heart.”

Mike now tells TMZ on Jan. 4 that Lance got a call just after 10 AM Monday from the hospital saying Tanya was among the living. The site noted that other friends and family of Tanya contacted them to confirm Lance had called to break the news that his wife was gone….though thankfully she is still with us. HollywoodLife.com has reached out to her rep as well as her husband about the confusion surrounding her supposed death. We’ve got five things to know about Tanya.

1. Tanya Roberts is her stage name. She was born Victoria Leigh Blum in the Bronx, NY in 1955.

3. Tanya became known to a new generation of TV viewers as Midge Pinciotti on That 70s Show. She played actress Laura Prepon‘s character of Donna’s mom. Tanya left her full-time gig on show after the third season to care for her ailing husband Barry Roberts, though she returned for guest appearances.

4. Tanya was a Bond girl. She played Stacey Sutton in 1985’s A View to a Kill opposite Roger Moore‘s 007, his final film as James Bond.

5. Tanya has no children. She was married to first husband, screenwriter Barry Roberts for 32 years, from 1974 until his death in 2006 after a four-and-a-half-year battle with the brain disease encephalitis. It’s unclear how long she and Lance have been a couple.