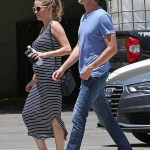 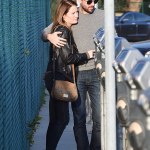 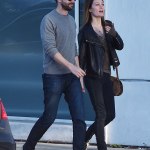 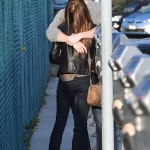 Topher Grace is a dad! The actor & his wife, Ashley Hinshaw, have officially welcomed their 1st baby into the world, and they gave their newborn daughter the most precious name! Find out what it is here.

Topher Grace, 39, and Ashley Hinshaw, 28, have joined the parenting club! Ashely gave birth to the couple’s first child on Nov. 1, according to E! News, and we can only imagine how thrilled the duo must be. Notoriously private, Topher and Ashley haven’t released many details about their newborn, but, according to the media outlet, they welcomed a baby girl. Even cuter, they named her Mabel Jane Grace! Click here to see adorable pics of celeb babies.

News of Topher and Ashley’s impending arrival broke back in July, with a pic surfacing of the blonde beauty’s sizable baby bump. Later, in October, Ashley shared a photo via Instagram of her baby shower. “We all got fancy today thanks to @nessiefelice and the fabulous tea party she organized for baby Grace. ❤️❤️❤️,” the new mom captioned the image. SO sweet! Topher and Ashley tied the knot in May 2016 with a gorgeous ceremony in Santa Barbara area of California.

Their wedding took place a little over two years after they started dating and 16 months after they got engaged. Topher isn’t the only That ’70s Show star to become a parent this year though. His former co-star, Laura Prepon, 37, and her fiancé Ben Foster welcomed their first child, a baby girl, over the summer. Not only that, but That ’70s Show alums, Mila Kunis and Ashton Kutcher, also welcomed a bundle of joy in the past year. Their second child, son Dimitri Portwood, will turn one year old on Nov. 30. The couple is also parents to daughter Wyatt Isabelle, 3. We sense a playdate!

We all got fancy today thanks to @nessiefelice and the fabulous tea party she organized for baby Grace. ❤️❤️❤️

Tell us, HollywoodLifers — are you excited for Topher and Ashley? Congratulate the happy couple below!